The Phantom of the Open

Can we find time for a gentle, heart-warming story in this summer of discontent? Can we find a few hours to step inside the cool, dark confines of a local theatre and dive into the almost unbelievable story of golfer Maurice Flitcroft who was, in truth “The Phantom of the Open?” Indeed we can … and should.

Central to the appeal of this modest production is the towering talent of celebrated actor Mark Rylance. Recipient of accolades both on film and on stage, Rylance becomes totally immersed in the role of Flitcroft who became legendary as “the worst golfer in the world” after gaining a spot in the qualifying rounds for The Open Championship (The British Open) and carding the worst score in the tournament’s long history – 121 strokes for one round.

For those who have been keeping score of intriguing films this year, Rylance (Sir David Mark Rylance Waters … thank you, very much) starred in the imaginative crime drama “The Outfit” released earlier in the spring. His performance in that tightly made film is in direct contrast to his development of the role of Flitcroft. Rylance is, without overstating the case, one of the finest actors of our time.

For those who are not fans of golf – either as players or as spectators – the golfing theme of The Phantom of the Open is not a barrier to enjoyment. If the story were not based on fact, it would be so outlandish as to be laughable. Admittedly, there are several good laughs in the film – but they are not because it is such a wild fantasy. Flitcroft enjoyed worldwide fame after his stunt at the Open (an effort he continued to pursue under different names, with disguises and in defiance of bans and prohibitions) always dealing with the setbacks with an air of naivete that made his character even more endearing.

Joining Rylance is Sally Hawkins who plays, with gentle, supportive elegance, Jean Flitcroft. As they move from working class row house near Flitcroft’s job as a crane operator in a shipyard, ending up in a holiday trailer parked in a corner of a city lot, she is unflappable. She allows Maurice to be Maurice and will not allow him to abandon his dreams.

The Phantom of the Open may be the kind of film that you’ll consider, then wait until it appears on a streaming service that will allow you to watch it in the comfort of your home. All well and good. As an evening out at the end of summer, however, it has great appeal. There are few special effects (some of Flitcroft’s naïve fantasies are illustrated with generated effects), there is no violence. There are no car chases … unless you count the ill-fated effort to escape the police in a stolen golf cart as Flitcroft is discovered to have entered his second Open Championship with wig, fake moustache and comic French name.

There is, however, a genteel sense of watching a dreamer stumble, fearlessly, through the inevitable barriers and pitfalls of life to meet obstacles on his own terms. The global recognition of his seeming refusal to admit defeat created tournaments, trophies and a reputation that made this story a prime of example of the old axiom “truth is stranger than fiction.” For decades, Maurice Flitcroft was, indeed, The Phantom of the Open. 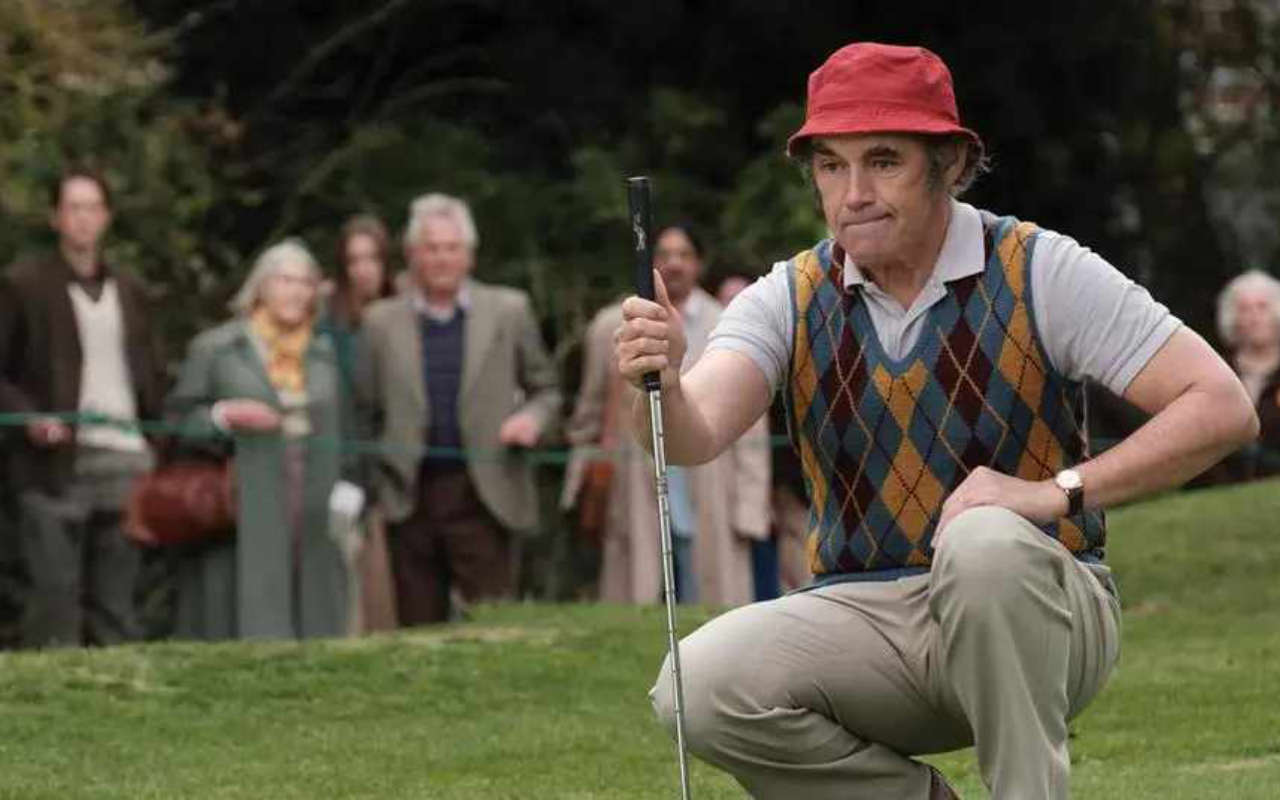