The Triumph of Tradition 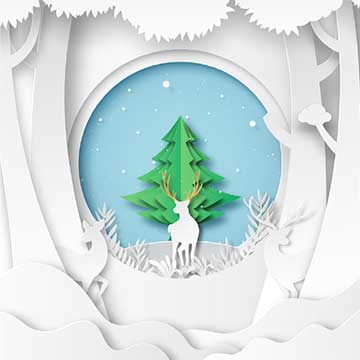 We are, at the core, a nostalgic lot. Through pandemics, wars and recessions, we have remained a culture that revels in traditions and ceremonies. We find some sort of resolution in repeating the symbolic dances of the end of the year.

Pumpkins carved at Halloween perched on the porch as trick or treaters appear in ill-fitting polyester costumes to beg for tons of candy. Turkeys roasted in abundance on Thanksgiving (accompanied by pies made from the pumpkins that survived Halloween) as we gather together. Poet Lawrence Ferlinghetti dubbed it the gathering of “clever cornball relatives.” Too much to eat before we fall asleep watching a random football game.

The celebrations of the holidays have morphed over the years, but the customs continue. Venturing into a store any time after the end of September will often be punctuated by displays of shimmering silver trees adorned with colorful ornaments, mountains of boxed colored lights, and signs pointing to items dubbed “perfect” for gift giving.

As we emerge from the pandemic, concerts have been re-scheduled where we are invited to sing along to English and German carols or the Christmas portion of Handel’s “Messiah.” Pageants that retell the Christmas story presented by earnest children swathed in bathrobes and homemade angel’s wings fill the calendar to the delight of parents and grandparents who remember when they were “on stage” as Mary, Joseph, a Wise Man, or a shepherd. Trees on town greens are magically illuminated and wreaths are hung on front doors … and the front grills of automobiles.

It has not always been the way in our corner of the world. New England had not always welcomed Christmas. In fact, for decades, celebration of the holiday was illegal with a stiff fine imposed on those who broke the law. It was 1659 when the General Court of Massachusetts declared that any form of celebration on Christmas was a penal offense with those being so bold as to hang decorations liable for citation and fine.

Puritans who fled Europe through England to establish the Massachusetts Bay Colony thought Christmas to be a pagan holiday, a usurpation of an ancient Roman festival that was merely designated as the official birthday of Jesus and therefore celebrated with parties, drinking, gift giving, and some frequently outlandish behavior. Best to nip that in the bud in the new colony, so Christmas was simply another work day with punishment for scofflaws.

It took Sir Edmond Andros, who served as governor of all New England from 1686 to 1689 to close the schools, close the shops, and encourage residents to celebrate the holiday. Once he was unceremoniously removed from office, the judgement was reversed, and Puritan New England returned to ignoring Christmas in favor of hard work and discipline.

But, tears in the oppressive fabric of society had appeared, and there seemed to be no turning back. Not all the residents of New England were Puritans. People of both religious persuasion and those who were more secular wanted to enjoy the spirit of a holiday at the end of the year that made them feel good – that allowed them to recognize friends and family – to “get into the holiday spirit.” Gift giving had edged into society, originally based on providing support for the poor, then creating “Boxing Day” on December 26th where the wealthy would give gifts to their staff.

And to all a goodnight

It may have been a gently fanciful poem published in the December 23, 1823 edition of the Troy (NY) Sentinel that sealed the fate of the “holiday-haters” as it elevated Christmas Eve without making it a religious issue.

“T’was the night before Christmas, and all through the house …”  Clement Moore, the son of the Episcopal Bishop of New York had written A Visit From St. Nicholas for his children. It changed Christmas in America. Originally published anonymously, Moore was unsure what a secular poem would do to his reputation as a theological scholar and professor. It did not take long for the word to emerge, however, that Moore was a poet (as well as a savvy businessman who carved up the family holdings in present day Manhattan to create his own fortune). With one simple poem, reindeer suddenly could fly and pull a miniature sled filled with toys presided over by good hearted St. Nicholas … Santa Claus.

Diaries and sketchbooks exist in our historical societies and library archives that provide firsthand glimpses into life in New England from the earliest days of Puritan settlement forward. One such treasure is the very personal diary of Myron Dean, a farmer/teacher/entrepreneur who lived in northwest Connecticut in the late 19th and early 20th centuries. His recollections of Christmas stretch over decades and provide some gentle illumination of life within the community.

From Dean’s 1867 diary entry for the 25th of December, “Christmas. Santa Claus was very liberal. To Father he gave a pocket-book. To Marshall, a pair of skates, and to myself a set of chess men, as I am fond of chess.” This from a man who was a pilar of his local church for his entire life. Santa Claus. Moore’s poem had taken hold in the culture.

Two years later, Dean was impressed with the festivities at the local “chapel,” the present day Congregational Church in Falls Village, CT. “Christmas Eve at the Chapel.  Two Christmas trees. Beautiful evergreen trimming for the Chapel. Wreaths, festoons, etc. Ten center lamps, presents from Mrs. Chamberlain. All the Sabbath School children received presents and were highly entertained by recitations in concert, singing, declamations, and ‘shadows.’ Of the last I never saw anything of the kind before, and I was much pleased with them. They were Mr. Mead’s work.”

Puritan leaders had decried the use of evergreen garlands as pagan. For centuries, northern Europeans had used sprigs of pine and cedar to provide hope that winter would pass and spring would return the world to life. Now they were hanging in the local church, much to the delight of the parishioners.

Christmas trees had been part of the European tradition for years, with Martin Luther credited with bringing the first tree into a church for the holidays. German settlers had brought their own traditions with them, having trees bedecked with handmade ornaments and candles in their homes for Christmas. By 1830, there was public recognition of Christmas trees in Pennsylvania communities. Later in the century, trees were prominent decorations in New England churches.

Christmas became a Federal Holiday in 1870 as President Ulysses S. Grant made every effort to unify a country that had been ravaged by years of civil war. Abraham Lincoln had marked the day by taking his family to veterans’ homes and hospitals to share gifts and encouragement. The controversy about Christmas, however, had continued to simmer from the days of Puritan New England. Grant made the date official, and a day of celebration and gift giving resulted.

Although in our culturally diverse society, it has been more widely accepted to wish each other “Happy Holidays,” our changing mores simply reflect the evolution of a celebration that still connects us with the nostalgia of tradition. A tree. A wreath. Gifts. Dinners with friends. Carol singing. 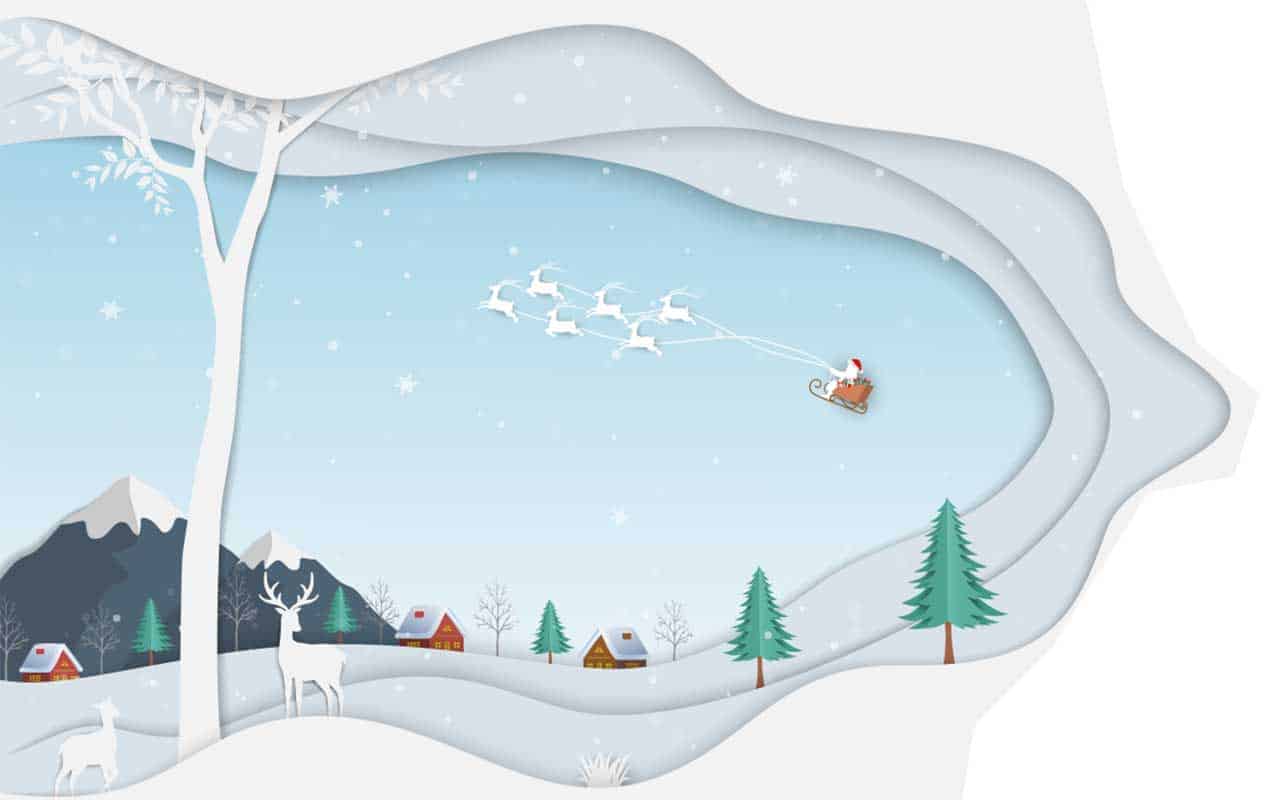