Agee left Fortune to join Time magazine as book reviewer and film critic. In 1942 he moved to The Nation where his film criticism found a growing circle of intellectual admirers, including W.H. Auden, who wrote “In my opinion, [Agee’s] column is the most remarkable regular event in American journalism today.” As a film reviewer, he brought a level of perceptiveness and curiosity to the analysis of cinema in the 1940s that championed everything from mainstream Hollywood hits to B horror movies to slapstick comedy and eccentric, auteur-driven masterpieces. His film criticism for Time and The Nation were collected posthumously in Agee on Film, which is studied by film students and scholars to this day.

Intent on earning money as a screenwriter, Agee used his status as a film critic to ingratiate himself with Hollywood directors he most admired, such as John Huston and Charlie Chaplin. He eventually wrote screenplays for (among others) The Bride Comes to Yellow Sky,The Night of the Hunter and, most famously, The African Queen. 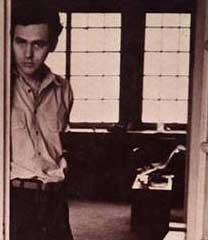 Agee lived at 172 Bleecker St. in Greenwich Village in the 1940’s and 50’s but in 1948, he and his third wife, Mia, purchased a 130-acre farm on Rodman Road in Hillsdale (the property is now listed as 19 acres). It was in dreadful condition: the roof leaked and the farmhouse had neither electricity nor running water. But to Agee the landscape was reminiscent of the hills of Tennessee, which he had always loved.

Agee did indeed spend time at the farm, beginning in the late summer of 1948 and for several months almost every summer until his death in 1955. During these stays Agee was usually battling deadlines and attempting to stop drinking. He worked furiously on many projects, including articles for Life magazine, two novels (including A Death in the Family, about his father’s demise, for which he was posthumously awarded a Pulitzer Prize) and a bizarre screenplay about nuclear war that he wrote for his good friend Charlie Chaplin, which never saw the light of day.

By 1955, Agee’s health had declined such that he discussed with Mia his wishes for a burial at the farm. He told Mia that he only wanted a simple stone, with an engraving of a bird, the Egyptian symbol of the afterlife.

Agee died of a heart attack on May 16, 1955 in a taxi on his way to see his doctor in Manhattan. He was 45 years old. After his funeral in Manhattan three days later, a group of mourners drove to the farm in Hillsdale where the burial took place in the afternoon. The burial site, located a hundred yards behind the farmhouse, overlooks the rolling hills and is marked with a simple stone, which lacks the bird carving he had requested. May 19, 1955 was a beautiful spring day in Hillsdale. Agee’s favorite flower, the lilac, bloomed everywhere, filling the soft air with its sweet scent. His children snipped some of the lilacs and tossed them onto the coffin. 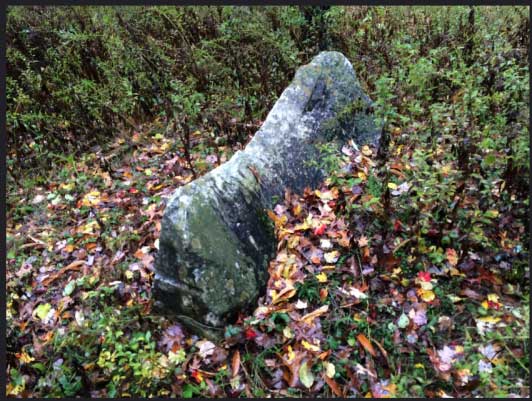 Unmarked stone atop Agee’s grave on his Rodman Road farm