As Connecticut starts to come alive again, Almost, Maine one of the most popular plays in America comes to the charming town of Washington, CT July 17 and 18 as part of Caroline Kinsolving’s Theater for Good series which donates all it’s proceeds to charity. The playwright himself, Tony-nominated Broadway actor John Cariani, will be starring in the play with Kinsolving and making himself available to the public for a Q&A and book signing.

Litchfield County native, actress Caroline Kinsolving, started Theatre for Good (TFG) almost four years ago. “I wanted to bring people together as well as benefit the community. I believe every single person can contribute in their own small way,” Kinsolving said. 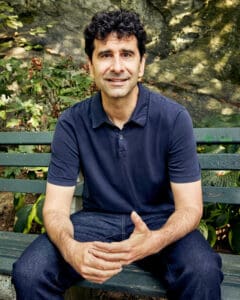 On July 17 and 18, TFG presents Almost, Maine starring the playwright John Cariani and Caroline Kinsolving. On Saturday, July 17 at 2 pm Cariani will be at The Hickory Stick Bookshop, in Washington, CT  for a Q&A and book signing. Cariani and Kinsolving will perform the play at 8 pm that evening and again on Sunday, July 18 at 5 pm at the Judy Black Park and Gardens, also in Washington.

John Cariani is an award-winning actor and playwright. He’s appeared on Broadway as Itzik in the Tony Award-Winning Best Musical, The Band’s Visit, Nigel Bottom in Something Rotten! and Fiddler on the Roof. On film, he has shared the screen with Robert De Niro, Christopher Walken, and Ed Asner. On television he’s held recurring roles on Law & Order, Numb3rs, and The Onion News Network. As a playwright, he is best known for his first play, Almost, Maine, which premiered at Portland Stage Company in 2004, opened Off-Broadway in 2006, and has since become one of the most popular plays in the United States and around the world. The play has received over 5000 productions to date and has been translated into over a dozen languages. Other plays include Last Gas, LOVE/SICK, and cul-de-sac, all of which have had several professional productions across the country and around the world. Originally from Presque Isle, Maine, John is a graduate of Amherst College and now lives in New York City.

Caroline was last seen on stage in Cry It Out at Hartford Stage. She also recently performed with the Boston Symphony Orchestra and the Tanglewood Chorus in a production of Greig/Ibsen’s Peer Gynt at Symphony Hall. She has earned a Best Actress nomination for her work as Vanda in Venus in Fur, and played a majority of Shakespeare’s comical leading ladies. Other theatre credits include Monica at the Edinburgh Fringe, Jennie in Neil Simon’s Chapter Two; and was seen in town in Love, Loss and What I Wore with Christine Baranski and Mia Farrow. Her TV credits include Medium, Criminal Minds (with Tim Curry), Cold Case, Satisfaction, and a number of indie films and Hallmark movies. Her YouTube channel brings poetry to the screen and has a strong following of international students, teachers, and poetry lovers. After graduating from Vassar with degrees in Political Science and Drama and a minor in Mandarin, she trained at the Royal Academy of Dramatic Art in London, Stella Adler, Yale, and with Mike Nichols. 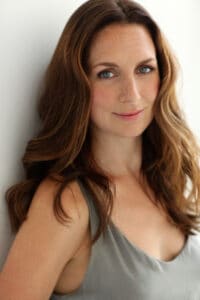 Cariani and Kinsolving met in Los Angeles at a casting call for the West Coast debut of Almost, Maine. When asked about this meeting Cariani said, “After her audition I turned to the director and said, “Whoever she is, she has to be in this production, because she gets this play and these people.” And she was cast. And that production was one of the most beautiful I have ever seen. And we have been friends ever since.”

Almost, Maine is a romantic comedy about rural, working people. Cariani clarifies a real “romantic comedy” is not a sentimental comedy. “There’s pain and uncertainty in romance. And there’s lots of pain and uncertainty in my plays.” He realized he didn’t see these people in plays so he wanted to give a voice to people who didn’t have one in contemporary American theater, film and television. “My current passion is to figure out how to get stories about rural people on stage, on screens. Rural people are nowhere in our cultural landscape. They’re jokes and scapegoats. And rarely multi-dimensional. Maybe that’s my “why” these days.”

When asked about what it means to her to have a talent of Cariani’s caliber perform in Litchfield County, Kinsolving said, “I’m so excited to bring John here. He is one of the greatest human beings I know and while he is wildly talented and successful as an actor and writer, I think who he is as a person makes him a star that we can all learn from.”

Since it began TFG has raised over $6,000 for local charities. Admission is a suggested donation of $30 per person or donate what you can. This time the donations will benefit Wintergreen Arts and Judy Black Park and Gardens in memory of Denise Trevenen. 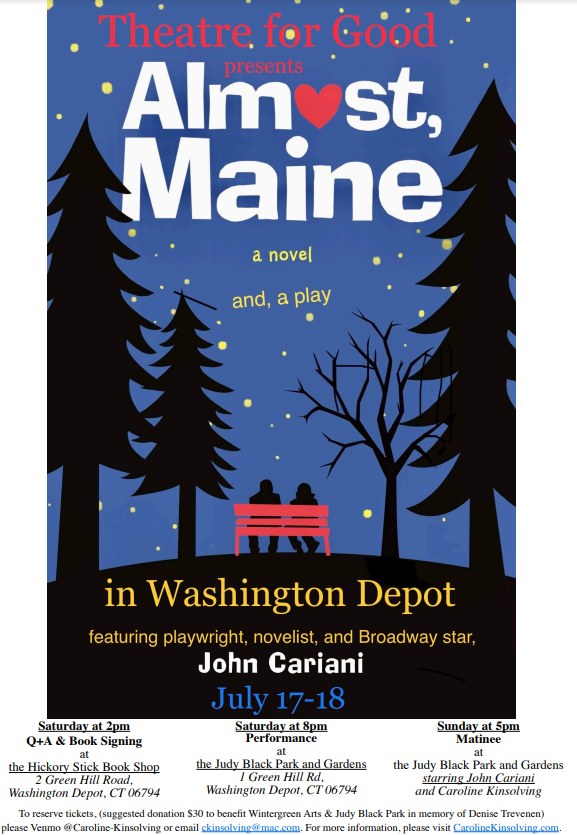