“Top Gun: Maverick” is here. It’s out. And the cash registers across America’s challenged web of cinematic shrines are ringing. The nicest part of that affirmation is that it’s well deserved. This is actually a very good movie, one that will continue to fill theaters as summer washes across the country and the multitudes search for diversions to keep from watching the news.

Tom Cruise might be Hollywood’s most bankable actor. The previews for “Top Gun: Maverick” are for … wait for it … Tom Cruise in the next installment of “Mission Impossible.” Audiences can’t seem to get enough. And, he does not disappoint. He’s capable of showing emotional highs and lows, experiencing physical challenges and bruises to his character’s ego with depth. We’re cheering for “Maverick” from the first sequence in the Mojave Desert to the final sweeping turns in his restored World War II Spitfire.

With a stellar cast including Jennifer Connelly as his love interest, Miles Teller as the son of Maverick’s late partner, “Goose,” Jon Hamm as a constantly angry admiral and a heart-wrenching appearance by Val Kilmer, Maverick’s nemesis “Iceman” from the original film, the screen is packed with talent commensurate with the action.

But, there’s more. Too often sequel films (we’ve lost count of the “Star Wars” iterations and “Rambo” sequels) spend copious amounts of money on cast, effects and production design. Top Gun: Maverick also included a reasonable sum for script, which is evidenced by the fact that there actually is a story … an energized climb to a compelling climax and a denouement that satisfies without being ponderous. There are jokes. There is crackling repartee between the Top Gun pilots as they get ready for a daunting mission. There is love and loss. And, there is just enough referential time spent linking this film to the 1986 blockbuster that those who never saw it or don’t recall the twists and turns will learn enough to make this viewing experience whole. The film may wind past 2 hours, but there is never a moment wasted.

Production credits for “Top Gun: Maverick” consume pages but the credits for Director of Photography (Claudio Miranda) editing (Eddie Hamilton) and production design (Jeremy Hindle) deserve not only our appreciation, but might already be on the “long standby” list for the OSCAR battle. With an incredibly strong box office start and stellar reviews from even the harshest critics, “Top Gun: Maverick” may still be around when real OSCAR conversations begin in November.

The bottom line is always the bottom line for the audience, and while the production and distribution companies make frequent trips to the bank to fill their accounts, it is most important that the delight of those who pay for tickets is real. This is a good film. This is an exciting film. This is a great way to spend a summer evening in air conditioned comfort engrossed in the lightning fast action on a big screen. This is NOT a “I’ll wait until it’s on television” film. See this one in the theater.

“Top Gun: Maverick” is in wide release throughout the area. 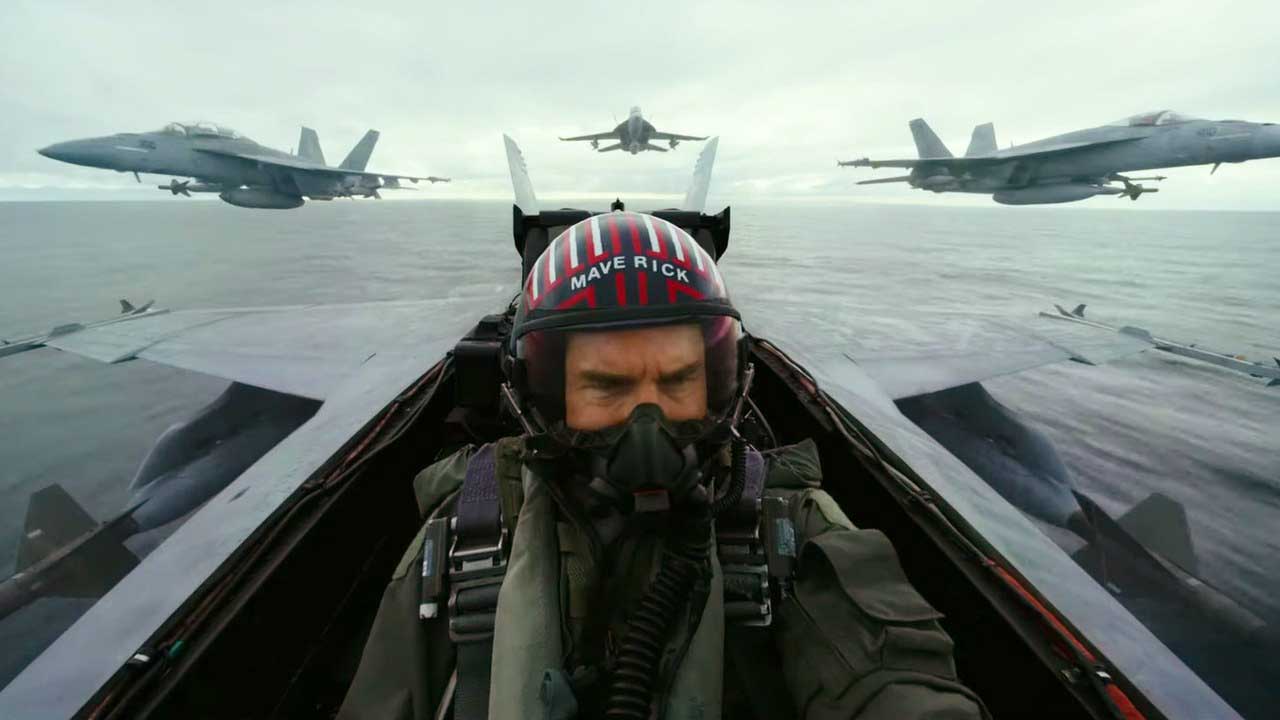