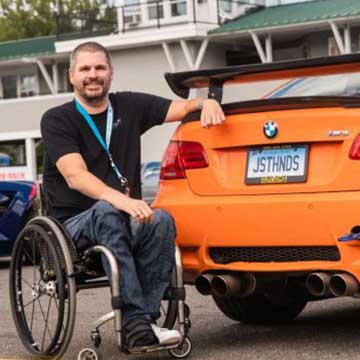 One can hear the energy and the excitement when Torsten Gross talks about his newest adventure. The Just Hands Racing Foundation is the latest in a string of challenging endeavors that has marked the very full life of Torsten. He is a true believer, 100% committed to this intriguing venture.

The foundation emerged from a wedding anniversary gift his wife, Maggie, gave him just over a year ago. She gave him a “track day” at Lime Rock Park in Lakeville, CT. It was a chance for him to take his car on the track and experience what it’s like to tour the mile and a half circuit at speed accompanied by a seasoned race instructor.

One day on the track, and he was hooked. The fact that his car was not really prepared for racetrack conditions only heightened his ambition. “I didn’t realize the strain track driving puts on the brakes. On my 15th lap, I came sailing down Sam Posey Straight and hit the brakes for the hairpin. Nothing. Fortunately, the instructor riding with me barked ‘Turn!’ and talked me through the experience. When I recovered, I had to do it again. It was mesmerizing.”

Not only did he recover, he went out and bought a new car to have it fitted for the track – A BMW M3 Lime Rock Park Edition. That took a while, but in the interim, Torsten was letting his imagination run wild … as he had done so many times before in his career, with great result.

The delay in getting his new ride was part of the story that, in newspaper talk, would be called “burying the lede.” Although it has clearly not stopped him in his rich and varied career, Torsten Gross is a C6 Quadriplegic. The BMW that he was having prepared for more track adventures needed to be converted from “a pedal car” as Torsten would refer to it, to a race car fully controlled by the driver’s hands. Hence the Just Hands Racing Foundation and an adventure that can be added to Torsten’s growing list of accomplishments.

He realized that if he could compete on the race track, the odds versus his competitors were suddenly even. He would not need to compete in wheelchair basketball or have a uniquely made mono ski. “In the car, we’re all in the same class.” In a racecar, Torsten Gross would be 100% independent … not limited to a special handicapped class, but competing turn for turn with equals.

A complete change of life

A vibrant, active young man, 15 year-old Torsten was diving with his family in the Bahamas when a horrific accident shattered his spinal column, injuring him so severely that he was technically dead for over two minutes. “It was the best thing that ever happened to me. It gave me a life perspective that totally changed.” Strong words from a 6 ft 5 in athlete who has refused to let his life in a wheel chair blunt his absolute passion for adventure.

His love of the ocean was rekindled and Torsten became the first and only Quadriplegic Rescue SCUBA Diver.

Marathons had a real attraction as he saw others in their wheelchairs competing in the grueling events. “Raising the bar” to challenge himself, Torsten trained, then completed 12 marathon events in 12 months.

Sky diving allowed him to feel the freedom of flight and the adrenaline surge of free-falling thousands of feet.

That was not enough. Auto racing emerged as a clear beacon for Torsten. Not only did he want to master the skills of competitive driving and be able to display them in head-to-head competition, he wanted others to experience the same elation … the same sense of true independence that he discovered on that track day.

In subsequent appearances at Lime Rock Park, Torsten has honed his racing skills at the wheel of his specially prepared car. Clearly a competitive person by nature, Torsten soon got to the point where he gained and honed the skills required to not merely drive … but race. “I was in a bit of a run with a Ferrari and I managed to prevail. Back in the paddock, I parked my car and slid out into my wheelchair. Sure, I was pumped that I had just bested a $150,000 car when the driver saw me in the chair and in disbelief blurted out, ‘That was you?’”

Gross’s accomplishments in business are as formidable as those he has shown in the array of sports he has mastered. The fiery imagination that has led him to create Just Hands Foundation was evident early on as he attended Hofstra University and emerged into the highly competitive world of marketing strategy. The list of professional credentials is impressive, to say the least. Tracy Locke, R/GA, J Walter Thompson, Deutsch, BBDO, and now as Global Head of Advertising and Media at TCS.

Torsten Gross is not a stranger to the elusive concept of “giving back.” He has worked for years with the Christopher and Dana Reeve Foundation, the foundation set up to pursue remedies for spinal injuries named after actor Christopher Reeve. The mandate for the Just Hands Racing Foundation is direct and personally challenging – “Get hand control drivers on a track. Motorsports makes everyone equal, no matter what appendages you use to drive.”

There is an underlying sense of humor in that statement that belies much of Torsten’s personality. There was a time while living in New York that he made appearances on the stand-up comedy circuit. His approach to life is so positive, so engaging, that simply listening to him talk about his experiences and ambitions brings a smile to the face of his audience. This is an immensely capable person who has no time for self-pity or recrimination. What he does find time for is making sure people with physical challenges understand and access the opportunities before them in competitive driving.

Like any foundation, Just Hands is filled with purpose and commitment and eager to get the support and encouragement that come with funding opportunities and avenues that open for the foundation to make driving accessible to a wider audience.

Gross’s first experience in a car speeding around a racetrack came at Lime Rock Park. His affinity for the track has been rewarded with the new ownership of LRP acknowledging the immense value of Torsten’s ambitions and recognizing the Foundation as a select charity for the 2022 racing season. As a result, Just Hands will have a presence and engagement at each of the track’s major event weekends – Trans Am Memorial Day Classic, IMSA Northeast Gran Prix, and Historics Weekend 40.

In addition to high profile presence during well-attended spectator events, Just Hands Racing Foundation is bringing their nascent programs to the track during days that feature HPDE – High Performance Driver Education – where participants bring their own cars to the track to learn performance driving with skilled instructors …Track Tapas Days where participants experience both the autocross track and the 1.5 mile road racing course mentored by skilled instructors while utilizing the Just Hands racing car.

There’s a second BMW in work – an E92 M3 model that sports wider doors to make access even easier and over 400 horsepower under the hood to make it very fast. With the cooperation of several organizations that have signed on as sponsors, Just Hands Racing Foundation is poised to deliver a summer program that will be both expansive and informative. Along with Lime Rock Park highlighting the value and importance of Just Hands Racing Foundation and the various programs that will be offered at the track, Sharon Autosport has been instrumental in preparing the foundation cars with additional support provided by Mobility Innovations, HMS Sports, SCCA, AutoTechnic, Bimmerworld, and HPDE Junkie.

As Torsten Gross would say about the support he and the foundation have been given, “We’re fortunate to have people believe in what we’re doing. Without people believing in our mission, we wouldn’t exist.” Strong words from a person who is very clearly a true believer.

More information about Just Hands Racing Foundation can be found on their website www.justhandsfoundation.org. 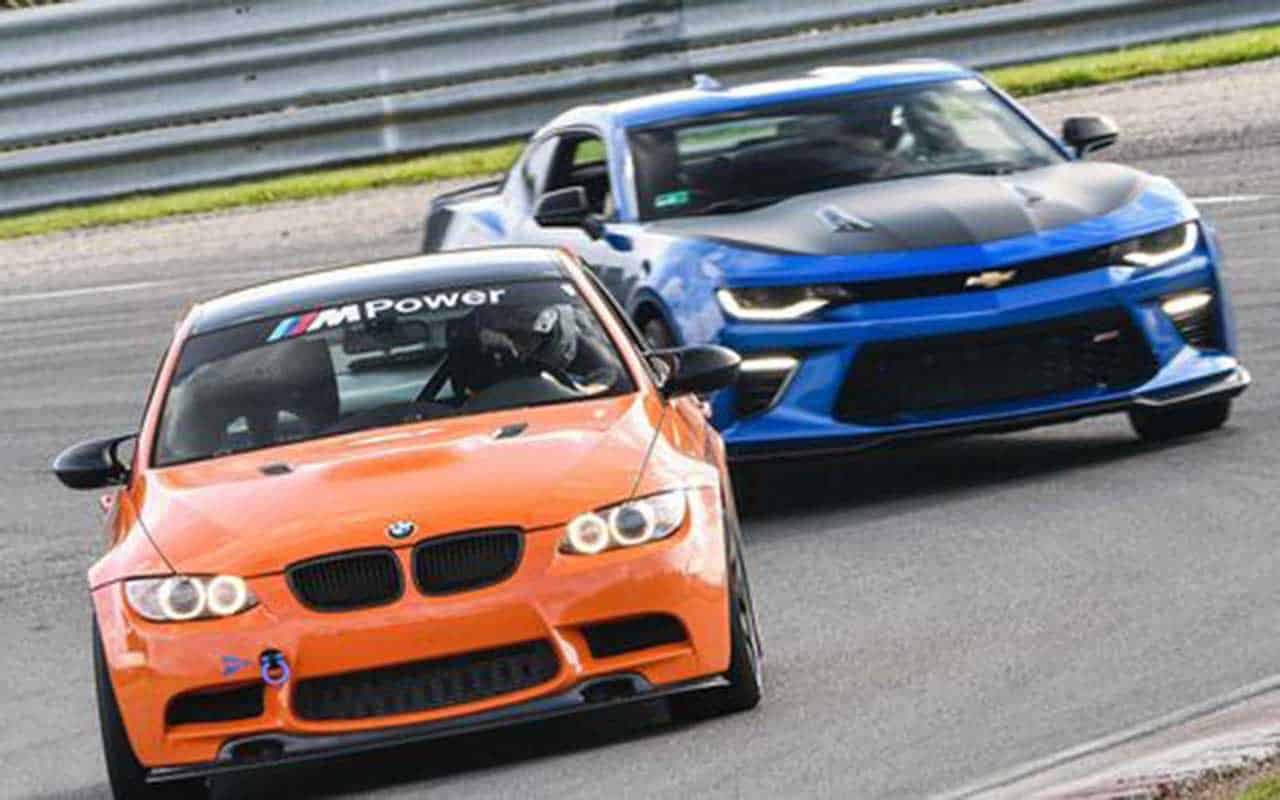