Up Up and Away

For Main Street’s transportation issue our monthly real estate article explores the stories of our region’s private and public airstrips. There are many more than you might think and some are even for sale.

Since the early days of aviation, private airstrips have been created by those with an aviation passion whether it’s for flying or collecting airplanes. These airfields are hidden in the landscape, often invisible from the road. If you see a small single engine airplane in the sky and wonder where it came from, there may be one of these secret airstrips nearby. (See chart of registered FAA private and public airports in our area). Often these private airstrips are just for the personal use of the owner – like the grass strips in the towns of North East and Gallatin in New York State.

For example, sixty years ago, at age 21, Bud Kalba was already a successful Westchester contractor who loved to fly. Instead of buying a new red Cadillac convertible, his father convinced him to invest in a large tract of land off Route 22 where he built a grass airstrip and eventually a retirement home. “We would fly up there in our plane and camp, hunt, and snowmobile,” said his widow Janet Kalba.

“It was a wonderful life.” Never officially registered as an airstrip, the 156 acres of pastures, woods, and streams located in Dutchess and Columbia Counties was sold in 2020 for less than $200,000.

In the 1980s, Terry Smith’s parents bought an existing airstrip on 66 acres of land bordering the Housatonic River in North Canaan, CT, from Stanley Segalla, “the flying farmer” whose name keeps coming up when you learn about flying in the Taconics and Berkshires. Smith recounts flying upside down with Stanley to the Rhinebeck Aerodrome. (YouTube has a video of the flying farmer’s antics online at https://www.youtube.com/watch?v=vT27O3n8EnY.)

The Smiths replaced old pole barns with steel hangars to house their collection of planes and a shop to restore and repair antique airplanes. More recently the airport has been used by helicopters taking movie stars filming in New York City to their country homes in Litchfield County or race car fans to events at Lime Rock. John Harney of William Pitt Sotheby’s now lists the property for sale at $1.2 million with a legal 3,000 grass air strip  (see photo above) paralleling the Housatonic River, hangars, and a 4,800 square foot repair shop. The Smith family is looking for that unique buyer who understands the value of an existing private airport with residential potential.

A rare luxury estate on Copake Lake, NY, is currently listed for sale by Russell Stein of Berkshire Property Agents and includes a 1,300-foot grass airstrip. Located at 181 Golf Course Road in Craryville, the property features a modern seven-bedroom house on 134 acres bordering Copake Lake. Buyers are attracted to the swimming pool, 11-car garage, tennis court, stables and horse pastures, and 2,200 feet of lake frontage with views of the Hudson Valley and Catskills, and imagine that the airplane hangar could be repurposed as a studio, car storage, or a separate party barn (see photo on next page).

Lightning Tree Farm, the property of the estate of heiress Elizabeth Johnson, is another multi-million dollar estate that includes an airstrip as well as an organic working farm. Listed in March 2021 by John Friend of Houlihan & Lawrence for $13.5 million, the 650-acre agricultural property boasts a “mile-long” airstrip in Millbrook, NY.

Securing permission to operate a private airstrip is not always easy as John Hanlon discovered when he constructed a 1,250-foot airstrip on his 38-acre property located on a private road off Hulett Hill Road in Sheffield, MA. Built in 2006, Hanlon received a cease-and-desist order ruling that the town’s zoning bylaws did not allow private airstrips. After years of litigation, the Massachusetts Appeals Court ruled that the town couldn’t prohibit flying in and out of his private airfield. The court held that while commercial aviation could be prohibited by local zoning, it couldn’t prohibit private aviation unless the zoning bylaw is approved by the Massachusetts Department of Transportation Aeronautics Division. The ruling made clear that local aviation related laws are subject to DOT’s approval.

Privately owned but open to the public airports like Great Barrington Airport (see story on pages 11-12), Kline Kill in Ghent and Sky Acres, are open to any aircraft and are very different from private airstrips which require the owner’s advance permission to land. These “public” airports typically have longer asphalt runways and aviation-related facilities like fuel and aircraft repair. A pilot can land, refuel, and continue on their route.

At the Great Barrington Airport a pilot could borrow the courtesy car and drive into town. The Hangars Café on the field at Sky Acres Airport in LaGrange is open for breakfast and lunch. Anyone can eat there and watch planes taking off and landing. The restaurant’s owner joked that sometimes diners are “hijacked at breakfast” by pilots offering to take them for a quick spin just for fun. Sky Acres Airport in LaGrange is an example of a family-owned public airport. Previously a large dairy farm, the property includes a 3,828-by-60-foot asphalt runway on 144 acres with 63 acres devoted to the airport including the Hangars Café in the barn. In addition to food, on-site services include a fueling station, aircraft maintenance and repairs, hangars and a pilot shop. SkyGeek, an online aviation superstore, is housed on the property.

Kline Kill Airport in Ghent, NY, is a 4,000-foot grass strip public airport with ten hangars. The airport’s owner, George Kerner, a retired American Airlines pilot who flew to Rio in the winter and Europe in the summer, bought the land for the airstrip in 1973 with three partners. The landing strip is actively used by area pilots and students to practice landing and taking off. There’s never a charge to use the strip. And, unlike Great Barrington, there are no complaints from neighbors, although a couple of years ago the Air National Guard decided to practice helicopter night vision landings at midnight. “I had to put a stop to that,” said Kerner.

Kerner, who is the majority owner of the property, would like to pass the airport along to an aviation enthusiast who would protect the airport’s future. Like Walt and Louise Koladza, Kerner wants to preserve the property as an airport rather than selling it for commercial, industrial, or residential development. Any aviation enthusiasts should contact Kerner directly at (518) 392-2377 or fly over to discuss the potential of the airport.

Privately owned airports open to the public have been slowly disappearing, transformed into condo developments, industrial parks, and distribution centers. These airfields are open spaces, often located in prime locations, and “the highest and best use” for the land is usually not aviation. These airports serve pilots, instruct students, generate local jobs, economic activity, and tourism. They also provide community services to fire departments, law enforcement, and search and rescue operations. Their presence should be valued and their future protected. • 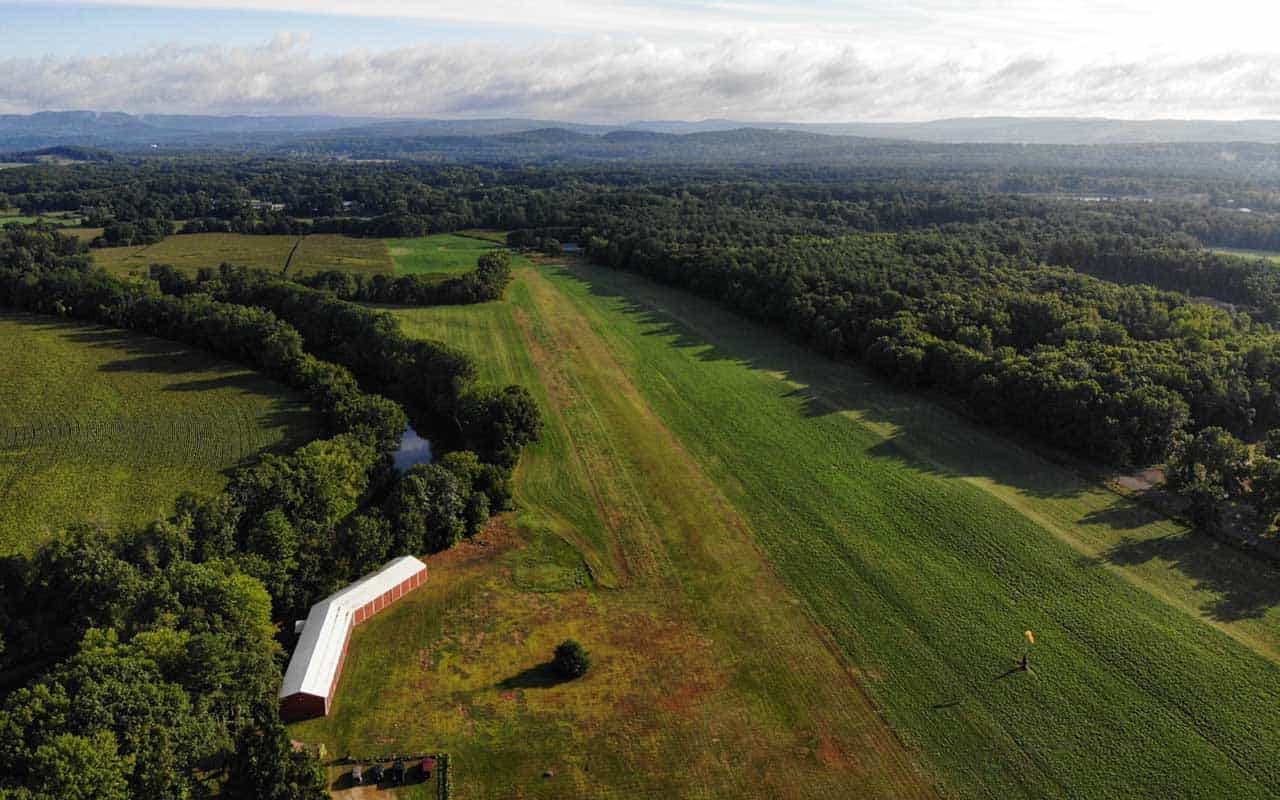