Granted, we are just now emerging from the other side of a week-long heat wave, but cold weather is officially here to stay folks.  I expect the heat to be turned on, which my purrents have neglected to do.

I suppose it’s because they aren’t home during the day so they aren’t worried about a cold house until they get home, which is approximately when they turn the mini-splits on for a hot second. Now, I’m no expert in geothermal technology, but doesn’t that defeat the purrpose?!

Heat dissipates folks! Leaving yours truly home alone to freeze! In the words of Stephanie Tanner, “How rude!”

At least there are blankies in almost evfurry room of the house. My new favorite is the extra fuzzy white blanket on mom and dad’s bed. It not only keeps me warm in between my summer and winter coats, but it also provides for good camouflage when my kid sister is on the prowl.

Actually Ellie, the more impurrtant question is, where’s the heat?! 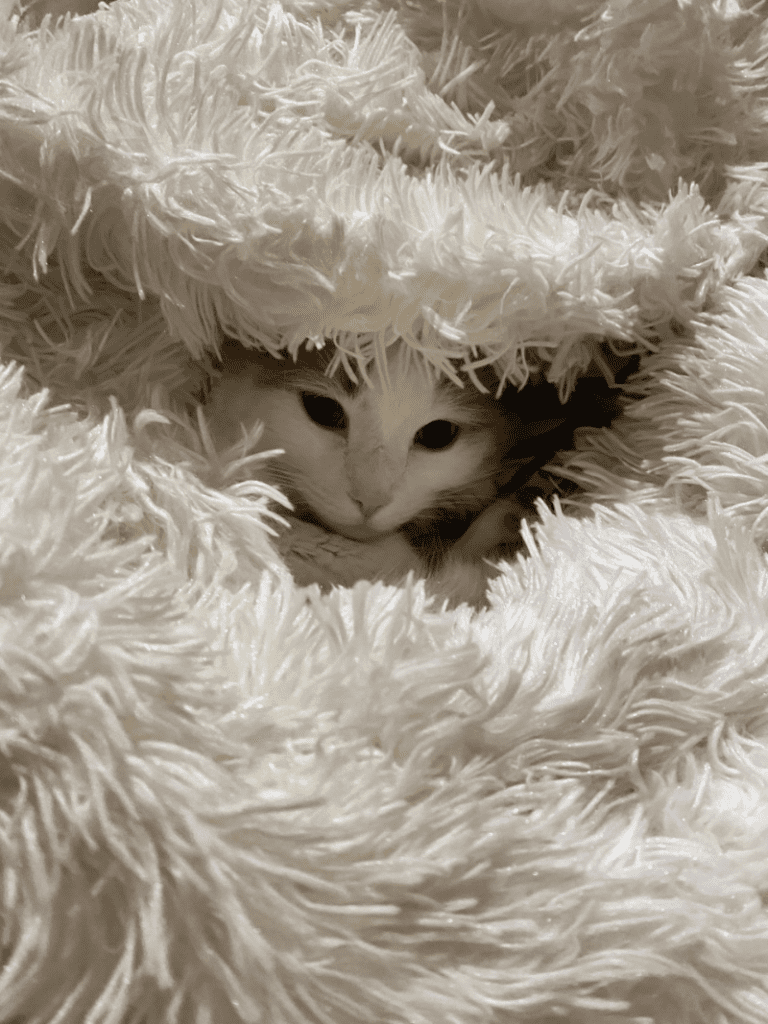