Women’s History Month: The Night that A Nazi Bomb Did Not Drop on Copake Falls, and Other Stories of Copake Women in Power

Thanks to a congressional proclamation in 1987, March is Women’s History month. The designation came about as a result of the short shrift that women have traditionally gotten in many ways. Until 1839, for example, no American woman could own property. Then, in that year, Mississippi gave its female residents that right. Until 100 years ago this year, women could not vote in federal elections.

In the past women were also often denied both admission to institutions of higher learning for which they were qualified, and their fair share of good jobs and awards etc.. In the 19th century, they even legally needed a man to buy and sell real estate for them. In more recent decades, little girls have seen societal changes such as a few women becoming astronauts, many breaking out of the mold and rather than settling for a medical career in nursing, going beyond that and becoming physicians. Others have gone into politics or important and powerful positions in business. There is nothing wrong for women to be nurses or secretaries; there is something wrong when they are denied the chance to be physicians or CEO’s because of their gender.

There is no Men’s History Month. It isn’t needed.

Copake can be proud that last fall two highly qualified female attorneys were elected to office: Jeanne Mettler as Town Supervisor and Hilarie Thomas as Town Justice. Thomas is the first woman in the town’s history to hold her position; Mettler is its second female Supervisor. Coincidentally both cited their youthful roles at different times as presidents of the El Caballo Horse 4-H Club as their earliest experience in holding office.

The town’s first woman Supervisor was Blanche McGee, (D), mother of Copake’s former Postmaster, the late Howard McGee. Her assumption of the post occurred in 1941 when the town board appointed her to replace her husband who had just died after shortly resigning as Town Supervisor.

Prior to Ms. McGee’s political appointment, she had spent many years teaching elementary school. At the time, teaching was one of only three careers to which most American women could aspire, the other two being secretary and 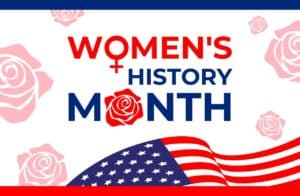 nurse. Ms. McGee got her training at the Oneonta Normal School which eventually became a part of the New York State University system.

McGee’s first teaching job was in district school number 8. sometime before 1920, The district in which she was teaching was consolidated with the West Copake School district number 4. Then in 1920 Copake’s two room school opened. Ms McGee taught grades 5-8 there. The following year she resigned to teach at Hillsdale. Then, sometime afterward she moved again, this time to the newly-opened Roe Jan School I wish you worked until retirement in 1939.

It was just two years after her retirement from teaching, that Ms. McGee found herself holding political office. The following fall, she was re-elected in her own right – without opposition. She was also reelected in 1943 and 1945.

Ms. McGee was in office during the dark years of World War II. Along with Charles Munson, the ranger on duty at Copake Falls’ former Mount Washburn fire tower, she was in charge of the town’s aircraft spotting towers. One of the most dramatic events during Ms. McGee’s wartime tenure as supervisor occurred the night of Oct. 27, 1943. That’s when the town literally went dark during a surprise power blackout which was conducted throughout the Hudson Valley. In Copake the blackout was based in part on a hypothetical assumption that a Nazi bomb had been dropped in West Copake. The purpose of the entire operation was to test communities’ readiness for emergencies and air raid wardens, police fire watches and nurses all reported to designated posts.

That same month, shortly before Ms. McGee ran for re-election, the Hudson Register newspaper featured a front-page article about her, praising her to the skies. “the people of Copake are fortunate to be able to support a candidate with a record such as Mrs. McGee,” it proclaimed. The article praised “her outstanding work as a member of the [county] Board of Supervisors.” It also stated that she had been vigorous in the interests of taxpayers by reducing the tax rate by $4.92 per thousand dollars of assessment and significantly lowering the town’s indebtedness.

It was also on Ms. McGee’s watch when in 1944, townspeople got together and purchased and erected the town’s memorial clock which became its much beloved symbol. Ms. McGee’s role was to preside over the town board which on November 9th of that year took possession of the land on which the clock now sits.
There is no record of how individual Copake residents in the 1940’s felt about having a woman holding political power in the town. However, it’s well-known that when World War II ended, many women lost the jobs that they had held to support the war effort when the soldiers returned home.

Flash forward 75 years from 1944 and at least on the surface, Hilarie Thomas’ historic election as Copake’s first female Copake Town Justice and Jeanne Mettler’s election as the second such Town Supervisor would appear to be “no big deal.” However, in part, thanks to women such as Blanche McGee, Jeanne Mettler and Hilarie Thomas increasing numbers of girls can aspire to more ambitious futures than in the past. Still, the struggle for women’s equality is not over, not when a man asks a female vice president of a major bank who tells him she works for Chase Bank,

*Copyright Howard Blue 2020, reprinted with permission from the town newsletter, the Copake Connection.