Hi furriends! How has your week been? I’ve been supurr busy practicing my woodchuck hunting skills. We’ve had woodchucks at our house befurr, but we seem to have an entire village living under our deck recently. Purrhaps that’s a little dramatic – we only have three. But that’s three more than Dad purrfurrs to have living under the deck. He’s been successful in catching one with the Havahart trap but the other two are taunting Dad. Evfurry time they are close to the trap, Dad gets so excited he’s about to catch another, only to have Mr. and Mrs. Woodchuck scurry back under the deck.

I’ve been trying to do my part to help catch these unwanted furry friends. There seems to be a bit of a language barrier since I’m not too fluent in woodchuck. Or maybe it’s because I’m on the other side of the door? Anywho, the best I can do is suggest with my eyes the direction they should go, accompanied by soft, slow blinks indicating they will be okay. So far I seem to be just as unlucky as Dad, but I’m not going to give up. Fur my own curiosity, I have one very important question fur Mr. and Mrs. Woodchuck. How much wood could a woodchuck chuck, if a woodchuck could chuck wood? When I find out the answer, you’ll be the furrst to know.

Now if you’ll excuse me, I need to get back to work befurr I get fired. 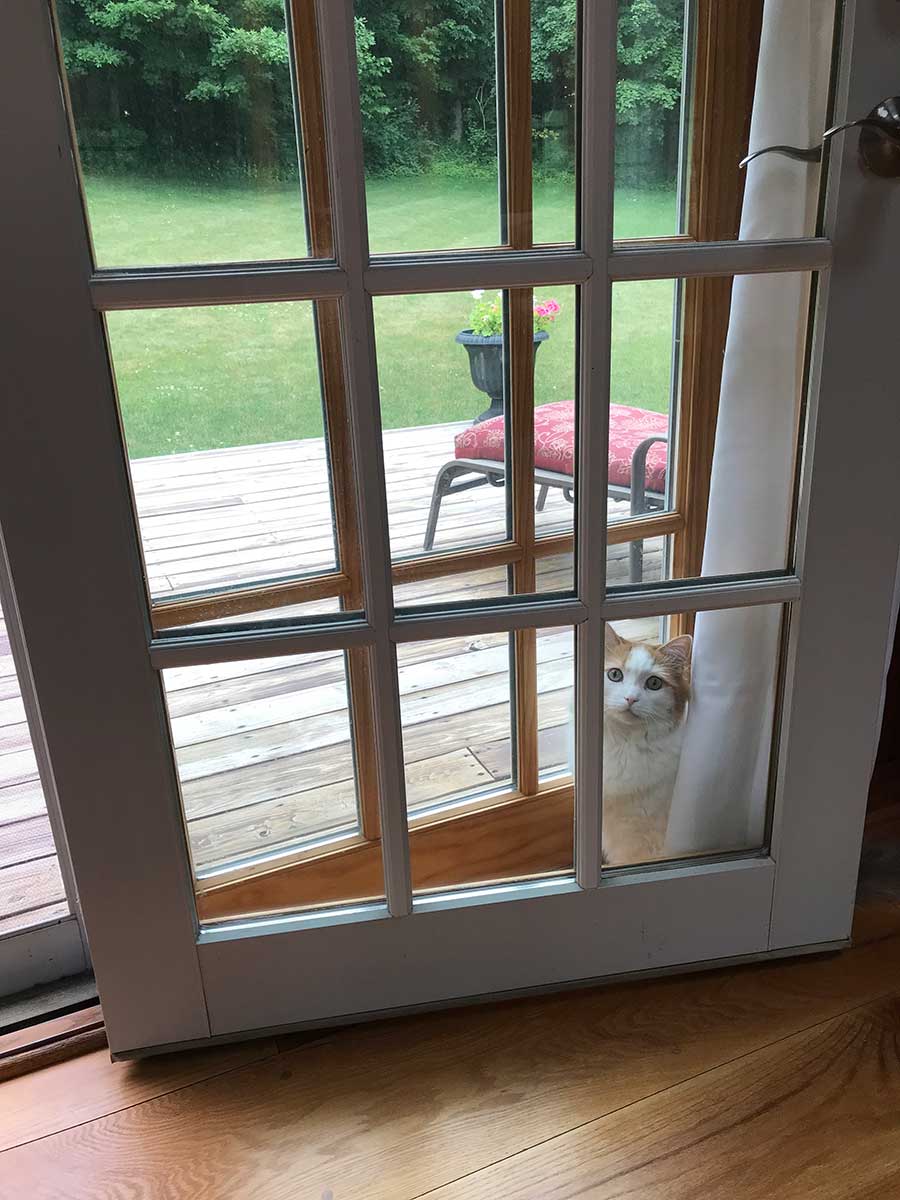