Author Charlie Bell recounts his heartfelt run around the US.  What would you really like to do tomorrow? Moreover -since we’re getting philosophical- What would you do if, for the next two years, you could do whatever you wanted to do, what would you do with your life? These are the questions Charlie Bell, author of the upcoming trilogy Long/Run asked himself while standing on a platform in 1978 waiting for the train that would take him from Fairfield Connecticut, back to Manhattan and his job at IBM. While Bell, then 24, stood on the precipice of inevitably in his young life, at that moment, thought aloud to himself, “I don’t want to go to work tomorrow.” Little did he understand how his unlikely follow through to that universally related, but rarely actionable, thought would impact the next three years of his life and the 20,000 lives he would touch around the United States. For Charlie, his decision to abandon the traditional path of modern American life came down to three stunningly simple, yet wonderfully romantic ideals, running, writing, and seeing more of the United States then anyone could imagine. What followed was a 19 month, 10,000 mile solo run around the perimeter of the Continental United States. A journey that not only put Bell in the vanguard of human expedition, but one that has imparted to him a unique perspective on the true nature of the human condition. 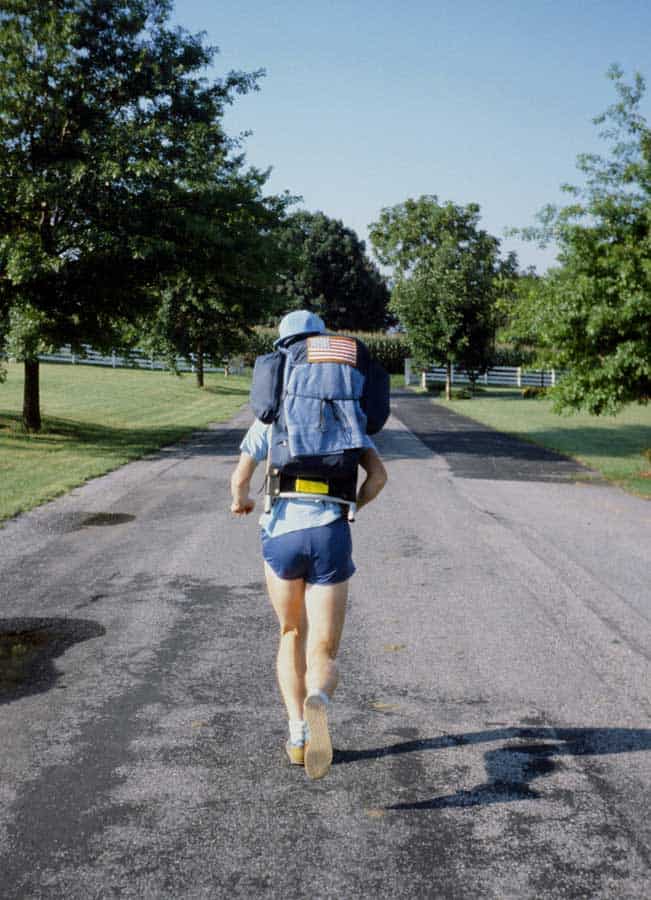 Born in 1953 in Williamstown Massachusetts, Bell lived a quintessentially American childhood as the son of a football, baseball, and hockey coach at Williams College. After his father took a job as the Athletic Director for Hotchkiss, Charlie and his family moved to Salisbury Connecticut where he and his siblings attended Salisbury Central School. Thus began Charlie’s deeply emotional roots to the town of Salisbury and subsequently, Noble Horizons where Charlie’s mother lived later in life, spending various points in time in Cottage at Noble Horizons as well as Cobble and finally Whitrage. “I don’t think I would be here if it weren’t for the incredibly warm feelings I have for this place,” said Charlie behind an endearing smile to the crowd at Noble Horizons on Saturday, October 26th where he shared some of his experiences from his riveting run around the US, “All along the way she had such a warm circle of friends here. Not only caregivers, but residents. We felt so good about her being here and it means a lot for me to be here, call it a community, call it a family, I call it an enveloping, embracing circle of people.” Charlie’s warm words for the Noble community reflect the man’s own sense of communal kinship with the many paths he has crossed.

At ten his family moved to central Pennsylvania and after, Bell attended Princeton University, where he would earn a degree in Engineering while also achieving the distinction of being class poet. The trajectory for the bright young Bell would eventually lead him to a high-stakes job at IBM in New York City selling some of the largest computer units in the world, and, inevitably, to that platform in Fairfield, where that reflective epiphany would forever change the fabric of Charlie’s life. Bell, using his perceptive engineering intellect, devised a plan after another year and a half to essentially circumnavigate the United States. Running between 25 and 30 miles a day, Bell only allowed himself one night per month in a hotel and would otherwise camp outdoors, churches, even jail cells, and perhaps most importantly, in the homes of strangers who would reach out to him along the way. Through it all Bell recounts his miles in experiences, “What happened exceeded my expectations by orders of magnitude, every single day I was having adventures.” Despite being jailed five times during his journey, running through two hurricanes, being caught in a desert blizzard, witnessing the eruption of Mount St. Helens, being run out of towns, and watching babies born, Bell’s imparting takeaways are as enduringly American as the man himself. Time and Freedom Bell says, “It’s in your hands.” 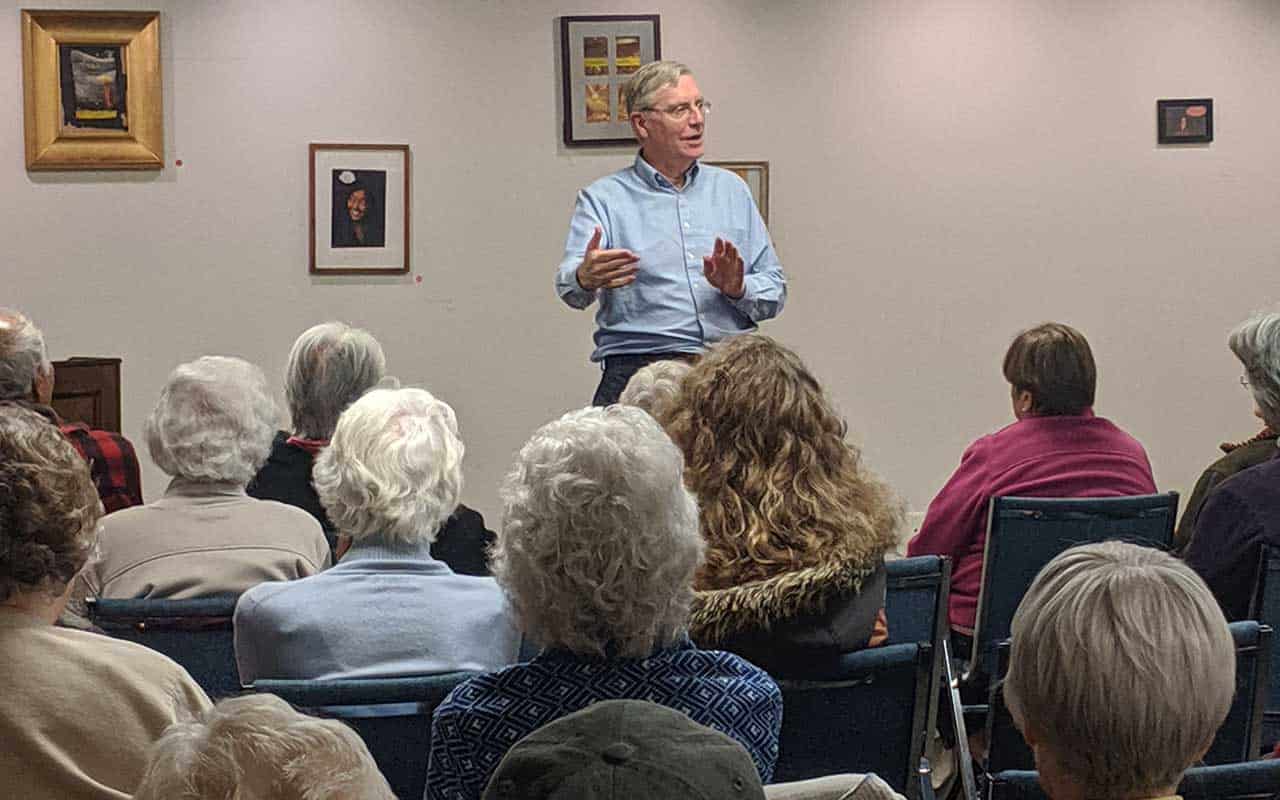