After celebrating the New Year (and for most of us, when we celebrate another birthday), we become even more conscious of time and how quickly it’s slipping away. In my opinion, there’s no point in lamenting about aging. There’s nothing we can do to stop time from ticking on. Rather than focusing on all the perceived negatives about growing older, we should strive to shift our perspectives and embrace the positives. As the saying goes, “aging is another word for living.”

Celebrating another New Year or another milestone birthday is a reminder that we are still here and are fortunate enough to have witnessed another year. For many, that translates to more cherished time spent with family and friends, another year of making memories, and another chapter in the book of life.

It’s important to note that attitude and personal perspective play a significant role in how we live every day and how we experience our later years. Of course, being in poor health limits our possibilities, but many people forge on despite their limitations.

In the late 1940s, artist Henri Matisse turned almost exclusively to cutting paper as his primary medium after an illness, which resulted in him being confined to a wheelchair. Rather than focusing on painting, Matisse used scissors to create the iconic “cut-outs” in which is he known for.

After painting sheets into forms of varying shapes and sizes, Matisse arranged them into compositions. The cut-outs, which he referred to as “drawing with scissors” mark a brilliant final chapter in the artist’s career.

According to the Henri Matisse website, “Matisse’s extraordinary creativity was not dampened for long. Une seconde vie, a second life, was what he called the last fourteen years of his life. Following an operation, he found renewed and unexpected energies and the beautiful Russian-born assistant, Lydia Delectorskaya, to keep him company.”

Other artists gained notoriety in their older years. At 90 years of age, artist Marc Chagall became the ﬁrst living artist to be exhibited at the Louvre Museum in the late 1970s. American folk artist Anna Mary Robertson Moses, who also went by the moniker “Grandma Moses,” began creating needlework images and quilts portraying colorful scenes of farm life. At age 78, when arthritis made it too difficult for her to embroider, friends suggested she explore painting. Grandma Moses exhibited her work while she was in her 90s and painted until a few months before her passing at age 101.

In December 2021, when actress Betty White of The Golden Girls (1985 to 1992) fame, passed away at the age 99, people around the world celebrated her long, healthy life and the vitality she represented.

The timing of White’s death happened to coincide with the launch of And Just Like That… – a television show developed by Michael Patrick King for HBO Max. The series was a revival and sequel of the 1998 television series Sex and the City, which was created by Darren Star and aired on HBO in 2004.

With White’s death and the launch of And Just Like That… dominating the headlines, people recognized a link between the ages of the characters in both shows and how vastly different their conversations, personal styles, and lifestyles were.

“People have been pointing out this fact: Carrie, Miranda, and Charlotte (of Sex and the City) are approximately the same age as (the characters in) The Golden Girls,” cited TODAY.com. In Season one, Rose was 55, Dorothy was 53, Blanche was 47, and Sophia was 79. In And Just Like That…, Miranda and Charlotte are 54 and Carrie is 55 years old. The stories of the characters in Sex and the City have certainly helped shift the recent narrative about aging.

Attitude matters. How we think about aging impacts how we age. Dr. Samantha Boardman, author of Everyday Vitality – Turning Stress into Strength, wrote an article on aging. It appeared in a previous issue of The Purist – a wellness magazine.

Dr. Boardman pointed out that contrary to the stereotypes that tell us it’s all downhill after 50, getting older is, in fact, associated with higher wellbeing and better psychosocial functioning.

“Most people become more responsible, more agreeable, and less neurotic with age. This is known as ‘the maturity principle,’” she said.

The author also noted that people tend to become greater contributors to society in their old age. They also get better at regulating their emotions, experience fewer negative emotions, and enjoy more positive ones.

Dr. Boardman’s article also referred to Breaking the Age Code by Becca Levy. It says that “More important than gender, income, social background, loneliness, or functional health was how people thought about and approached the idea of old age. Age beliefs, it turns out, can steal or add nearly eight years to your life. In other words, these beliefs don’t just live in our heads. For better or worse, those mental images that are the product of our cultural diets, whether it’s the shows we watch, the things we read, or the jokes we laugh at, become scripts we end up acting out.”

As we meander down the path of life, we gain lots of life experiences and with that, comes wisdom. According to “The Irish Longitudinal Study on Ageing” at Trinity College Dublin, negative attitudes about aging affect both physical and cognitive health in your later years. Participants in the study who held positive attitudes towards aging had improved cognitive ability as they aged.

“The way we think about, talk about, and write about aging may have direct effects on health. Everyone will grow older and if negative attitudes towards aging are carried throughout life, they can have a detrimental, measurable effect on mental, physical, and cognitive health,” said the study’s lead researcher Deirdre Robertson.

Another perk: we gain better control of our emotions as we age. An article in The Smithsonian referenced Susan Turk Charles, a psychologist at the University of California, Irvine, who monitored the shifting moods, the sense of satisfaction, the moments of contemplation and the occasional outbursts of anger, sadness, and despair of people of all ages, with a special interest in how we handle and experience emotions as we grow older. She and her colleagues have found that, on average, older people have fewer but more satisfying social contacts and report higher emotional wellbeing.

When asked what might explain why aging brains get better at managing emotions, Charles said that neuroscientists believe that because we’re processing information a little slower with age, that makes us think before we act, instead of reacting quickly.

She said we see a decline with age in the overall mass of the brain’s frontal lobe, the part that is responsible for emotion regulation, complex reasoning, and speed of processing. But researchers such as Mara Mather at the University of Southern California find that older adults often exhibit greater prefrontal cortex activity than younger adults when processing emotions.

A lot of research suggests that older people have a positive bias, even without realizing it. Their default mode is, “Don’t sweat the small stuff.”

A 2011 article in O, The Oprah Magazine addressed older people’s ability to tackle problems. It cited that brain scans show that while young people often use only one side of the brain for a specific task, middle-aged and older adults are more likely to simultaneously activate both hemispheres, allowing them to make more fruitful connections on problem.

The article also referenced a study published in The Journal of Neuroscience. German researcher Janina Boyke and her colleagues taught 60-year-old adults how to juggle. Afterward, scans of the subjects’ brains showed growth in a gray-matter region that processes complex visual information.

In another experiment, Swiss neuroscientist Lutz Jäncke studied people who were learning to play a musical instrument. After they had been practicing for five months, Jäncke noted significant changes in the regions of the brain that control hearing, memory, and hand movements, even in participants who were 65 or older.

Kids are people, too

Although we’re never too old to achieve success and make our marks on the world, we’re also never too young to do something truly noteworthy. With so much focus on aging gracefully and getting better with age, we should also mention people at the other end of the spectrum – youth.

Some of us may recall Kids Are People Too, a television series that aired on ABC from 1978 to 1982. It’s focus: recognizing kids as people too as the name suggests. Its catchy theme song features the words, “So maybe we should listen, To what kids have to say, And if we let them reach us, Maybe they just might teach us.”

We all remember the accomplishments made by Greta Thunberg – the Swedish environmental activist who challenged global leaders to tackle climate change. A catalyst for the school climate strike movement, Thunberg also addressed the United Nations Climate Change Conference in 2018. She was 16 years old at the time.

Thanks to Thunberg’s voice and drive, student strikes were organized around the globe. Each one involved millions of students. In 2019, Time named her one of the “100 most influential people.” Thunberg was also honored as the youngest Time “Person of the Year.” This shining star also received several nominations for the Nobel Peace Prize.

On the topic of young success, there’s also Mark Zuckerberg who co-founded Facebook and its parent company Meta Platforms. In 2004, while he was a student at Harvard University, Zuckerberg teamed up with his roommates to create Facebook. At the age of 23, he became the world’s youngest self-made billionaire.

There are also more obscure stories about teens and extraordinary success. In 1997, Floridian Hunter Scott was just 12 years old when he used a history project to help exonerate Charles Butler McVay III – the deceased commanding officer of the World War II ship USS Indianapolis who was court-martialed due to the sinking. Scott was inspired while watching Jaws, which features a scene that refers to the sinking.

To recap, on July 30, 1945, Japanese torpedoes sank the USS Indianapolis in the Pacific. The incident marked the worst sea disaster in America’s history. The 316 survivors of the ship attempted to clear their skipper’s name in the court-martial conviction.

Decades after the incident, Scott’s project helped re-spark awareness of the miscarriage of justice. While researching, he interviewed nearly 150 survivors of the sinking and reviewed 800 documents. The testimonies of Scott and the Indianapolis Survivors Organization resulted in the passage of a Congressional resolution, signed by President Bill Clinton in October 2000, exonerating McVay.

Pratt gave Heft a B- on the project because he believed it lacked originality. Pratt also offered to raise Heft’s grade if he could get the flag accepted as the United States’ national flag. Heft sent his flag to Walter Moeller, his Ohio Congressman. Moeller succeeded in having Heft’s design adopted as the new United States flag on July 4, 1960.

Heft’s original flag has flown over the White House and every state capital building. Eighty-eight museums offered to purchase the flag. One offer was for $350,000. Heft’s design was the twenty-seventh official flag of the United States.

The people mentioned certainly demonstrate that age is just a number and it’s up to us to achieve regardless of if time is on our side or not. 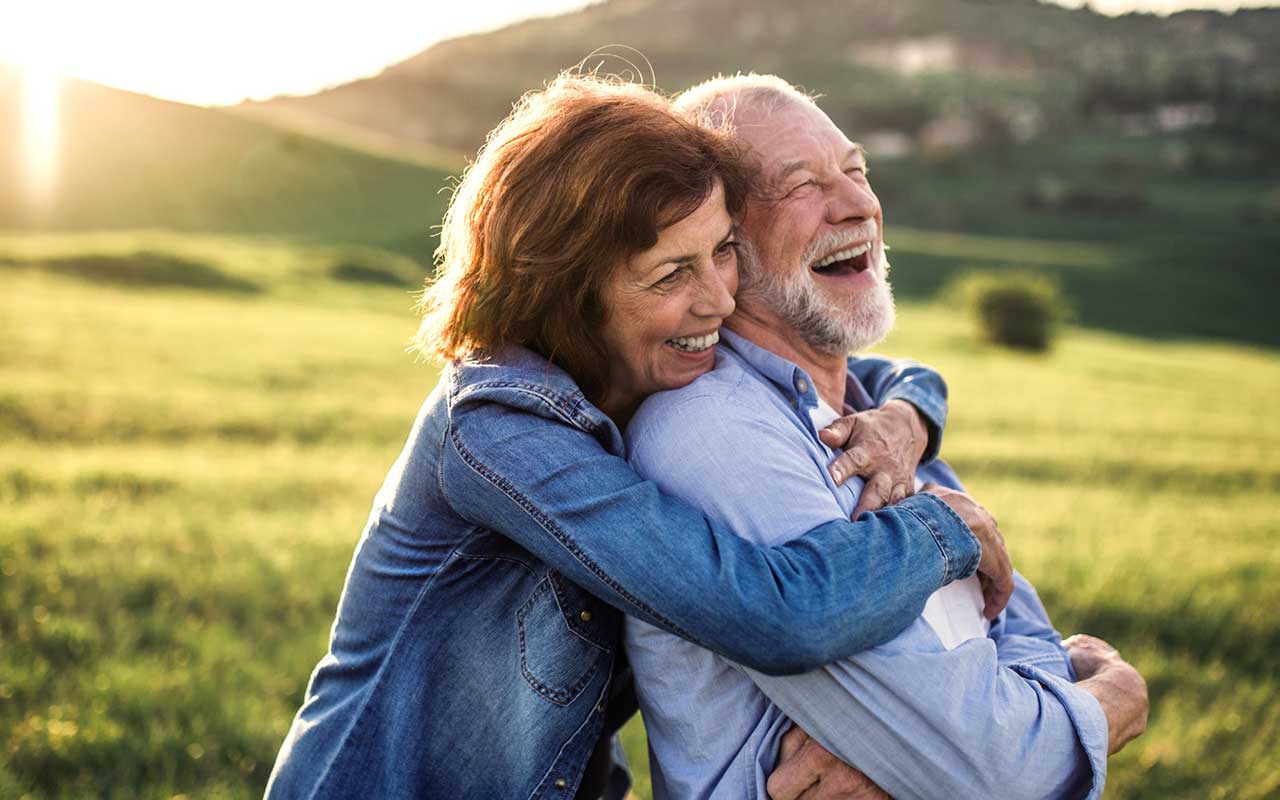