When I wrote about Bill Clegg’s first novel Did You Ever Have a Family here in 2015, I’d lived in the northwest corner of Connecticut for only a few years after living much of my adult life abroad. The book had been shortlisted for a Man Booker prize that year, one of publishing’s most celebrated awards and I was curious about it as the story is set in a fictional town in northwest Connecticut, an area I was just getting to know. In it I saw something that captured the place and the people of the area with precision and feeling and offered unique insights into a particular sensibility here. It was for me, a distinct narrative of place.

The End of the Day 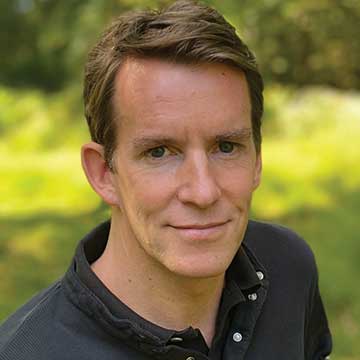 Clegg’s new book, The End of the Day, just released on September 29, revisits the same fictional town of Wells and centers on the lives of three girls during their late adolescence in the 1960s. Clegg explores familiar themes in this book, events that become more significant over time or lose their bitterness. The book is ambitious, set over the course of about 60 years with numerous characters and lineages, all intersecting in the end but disparate through much of the book. Dana, the only child of New York weekenders, visits her family’s historic estate Edgeweather in Wells most weekends throughout her childhood. Each Friday night she escapes with Jackie, her best friend from down the road, to the lavishly appointed chamber on the third floor of the estate for bonding over music, boys, horses, and river stones. Here Jackie and Dana share the kind of intimacy that characterizes intense friendships of middle school; they are unaware of others around them so complete is their world with each other.

As their friendship transitions to high school, there is a slow pulling away and a recognition that the sanctuary of the third-floor bedroom will no longer hold them perfectly in place. The July 4 picnic at Hatch Pond is the scene of a betrayal that involves Lupita, the daughter of Edgeweather’s Mexican caretaker who lives in the apartment above the garage. Dana’s 49-year-old regret over her actions that day drive most of the narrative of the book. There’s a distant ally, an orphaned boy and a heroic surrogate mother, all of whom experience the ripple effects of decisions and choices made on that fateful summer day.

Changes while growing up

The ordinary yet life-changing events of adolescence loom large in this book as Dana, Lupita, and Jackie all tell their own stories informed by their former selves. A childhood in Wells meant very different things to each of them. As in his previous book, Wells is a place that stifles and judges but also comforts and reassures. Of the three girls living on Undermountain Road, one can’t wait to get out, one was really only a visitor, and one sees a future there of perfection.

On giving birth to her first child shortly after her high school graduation, “Jackie can still remember the quiet triumph she felt as she snuggled into the stiff hospital bedding that morning. She recognize[s] that moment as the first when she felt like she’d won, that her life was enviable, one she wouldn’t trade for anyone else’s.”

For Lupita, whose life as a servant at Edgeweather is constrained, a traumatic event leads her out of Wells never to return, providing an escape from the limitations of her static life there. And though affluent Dana has myriad life options after high school including Bryn Mawr, a trust fund and trips abroad, her spiteful action on July 4 is motivated by being sidelined by her best friend and the resentment she feels over Jackie’s certainty of choices. Jackie’s choice to remain in Wells with high school sweetheart Floyd fulfills her every dream; Dana knows she will never have access to that.

As in Did You Ever Have a Family, The End of the Day is filled with familiar patterns of life in the Northwest corner that will resonate with locals. Characters go to the movies in nearby Millerton, rush to the emergency room on Hospital Hill Road, and tell stories about the great elm on the town green. Jackie refers to Noble Horizons as ‘the assisted living facility where most area folks end up if they live past seventy and have a house to sell to pay for it.” There’s even a dramatic scene at the 1967 Housatonic Valley Regional High School prom at Mohawk Ski Lodge where Dana and Jackie attend as a couple.

As a novelist, Clegg confessed to me that he’s obsessed with how powerfully rumor works in a small town. Identity often becomes something fixed in childhood and remains unchanged into adulthood in places like Wells – the boy who crashed his car on the town green, the girl who won the superintendent’s award. In both books the fleeting decision or petty retaliation of youth lingers long in the lives of Wells residents. Growing up in Sharon provided a fertile microcosm through which Clegg feels he’s still “picking through memories,” not of actual people and events but of perspectives and motivation.

The End of the Day wrestles with questions of small-town identity writ large and the human connections that bring meaning to life. The northwest corner certainly provided a perch from which to sharpen Bill Clegg’s observation to bring such stories to life. •

“The End of the Day,” Gallery/Scout Press. On sale September 29, 2020. Remember to shop locally at one of our wonderful bookstores!