After thirteen novels, it may be tempting to describe best-selling author Jennifer Donnelly’s career as something akin to a literary fairy tale. However, like many aspiring creative minds whose ambitions venture into the fictional realm, Donnelly’s journey has taken her down many arduous roads. Donnelly was born in Port Chester, New York. Eventually, her family would settle in the Adirondack region where her grandmother worked at a hotel on Big Moose Lake, a key contributing factor for the setting of Donnelly’s best-selling novel A Northern Light. After graduating from the University of Rochester, Donnelly would go on to attend Birkbeck College, University of London, in England. It was there where a decade’s long ambition began to unravel its narrow chords within Donnelly’s creative mind and ten years later The Tea Rose was born. The now prolific author’s first novel would symbolize themes for her future endeavors, The Tea Rose was the first book of a trilogy set in the East End of London late in the 19th century, influenced by the crimes associated with Jack the Ripper. Her second novel, and one that commanded the spotlight from the literary universe made massive head-waves in the historical fiction genre. A Northern Light is based on the infamous murder of Grace Brown by Chester Gillette in the Adirondack Mountains in 1906, a crime that also became the inspiration behind the 1951 film A Place in the Sun. 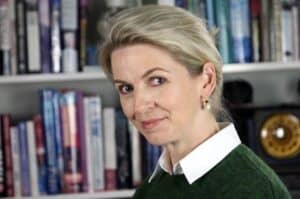 In 2004, A Northern Light won the Carnegie Medal for Children’s and Young-Adult books published in Britain, the Los Angeles Times Book Prize for Young-Adult literature and was a runner-up for the Printz Award from the American Library Association, recognizing the year’s best book for young adults. In 2015, Time Magazine named A Northern Light one of the best Young Adult books of all time. Today, Donnelly resides in the Hudson Valley with her husband and daughter where she has recently taken to the world of fairy tales to once again establish her powerhouse style through the retelling of some of our world’s most beloved stories. In 2017, she published Beauty and the Beast: Lost in a Book, which explored the budding friendship between Belle and the Beast as well as Belle’s ordeal within the pages of Nevermore. That same year Donnelly partnered with Scholastic Publishing to present Stepsister, a story that picks up where the classic tale of Cinderella leaves off and follows her wicked stepsister Isabelle as “personifications of fate and chance battle for control of her life, hinting that there may be hope after all for a girl labeled ugly since her first appearances in literature.”

The stunning successes in a variety of fairy tale re-imaginings by Donnelly has led the prolific author to Poisoned, a dark, feminist retelling of Snow White that’ll forever change the way you think about strength, power, and the real meaning of “happily ever after.” Poisoned hits shelves everywhere on October 20 and, despite the fantastical whirlwind of creative fame, Donnelly sat down with Main Street to discuss her own journey — once upon a time.

What aspects of fairy tales draw you in as an author? Is there something readily amenable about them as you have shown in your previous efforts including Step Sister and now Poisoned?

I love so many things about fairy tales, but the biggest, best thing I love about them is the hope they offer us. Fairy tales – especially those collected by the Brothers Grimm – give it to us straight. They tell us that the woods are dark and full of wolves and witches, and that we will – at times – find ourselves hopelessly lost in them. But they also tell us that we have all we need – guts, smarts, and maybe a pocketful of breadcrumbs – to find our way home.

Your hard work and perseverance as an author are well-documented. Is there something about the Young Adult fiction genre that keeps you creatively invested?

Yes, the young adults themselves! They’re touching, smart, funny, unedited, and they feel things so deeply. The young adult stage of life is so intense – exhilarating and full of possibilities, but fraught and bewildering, too. I have a teenager myself, and I feel that the pressure on her generation is tremendous. The daily bombardment of social media, with its pressure to rack up follows and likes, to present a perpetually happy, polished, perfect image – can be crushing to a young person. We see its effects in climbing rates of depression and suicide in this population, which scares and angers me. Both POISONED and STEPSISTER were written to bolster young adults, to help them push back at messaging that tries to tell them that they’re not enough. My big hope is that the stories will inspire young readers to flatly refuse the poisoned apples they’re being handed, and to define beauty, strength, and happiness on their own terms.

Is there something about the structure of a fairy tale — especially in its traditional portrayal of the female character — that lends itself to thematic modernization? How have you found these challenges in your modern retelling?

I think fairy tales are mirrors, and that they reveal to us as much about ourselves as they do their characters. They were created to address our deepest fears and desires—some of which are the same, some of which are vastly different—to what they were in the 19th, or 17th, or 15th centuries. A teenage girl in Germany in 1523 might’ve been worried about an arranged marriage, and hoping that whoever her father picked for her was a handsome, charming prince of a man – not an ogre or a troll. Her counterpart today is a lot more likely to be worried about college applications, and the big question of what she wants to do with her life. But that’s the beautiful thing about fairy tales – they can change and evolve as we do, but they always help us find our way through frightening unknowns.

Fairy tales were huge to me when I was little—I loved them, but I had so many questions, and most of those questions had to do with the narrow roles given to their female characters. I wanted to know more about the protagonists – was Cinderella always so good and obedient? Why did Snow White take the apple? And I wanted equal time for the characters who were dismissed or vilified. I wanted to know why the stepsisters in Cinderella were so mean. I wanted to know who was inside the evil queen’s mirror in Snow White, and why she listened to him. I wanted more for these women than being reduced to good or wicked; I wanted them to have back stories and complexities, just as we all do.

Many of your stories have an historical aspect to them. Does this stem from your time spent overseas, your studies in college, or mixture of the two? How do you find balancing historic events and fictional narrative?

My love of history was definitely informed by my time spent overseas, and by being a history (and English) major in college, but it’s real origin lies with my mother. My mom is German and she’s a wonderful storyteller. She lived in Bremen – a northern port city that was heavily bombed by the Allies. Growing up, I heard many stories about her life in Germany during World War II – including what it was like to hear air sirens going off, to run for your life to an air raid shelter, only to come out hours later and find that your house, and everything in it, was gone. My mom’s stories really worked on me. They showed me that history isn’t only about kings and generals and treaties. It’s about us – ordinary, everyday people – and how the events of our world shape us. I credit my mother with making both a novelist, and a historian, out of me.

The challenge with balancing historic events and fictional narratives is winning your reader’s confidence as a historian, so that you can then come in as a novelist and take a few liberties. You need to be able to see and hear and smell and feel everything your characters would have, so that you can paint their bygone worlds convincingly for the reader. That means lots and lots of research, which I love. There’s a lot of digging around in libraries, archives, historical societies, antique stores, used book stores, and also a lot of immersing myself in the environment – or whatever remains of it – that my characters inhabited. Walking the roads they walked. Passing the building they passed. Hearing the ghosts whisper. I always feel like I’m drowning when I start researching, then slowly I’m able to tread water, and when I feel I can swim – confidently and happily – that’s when I can really start to write. 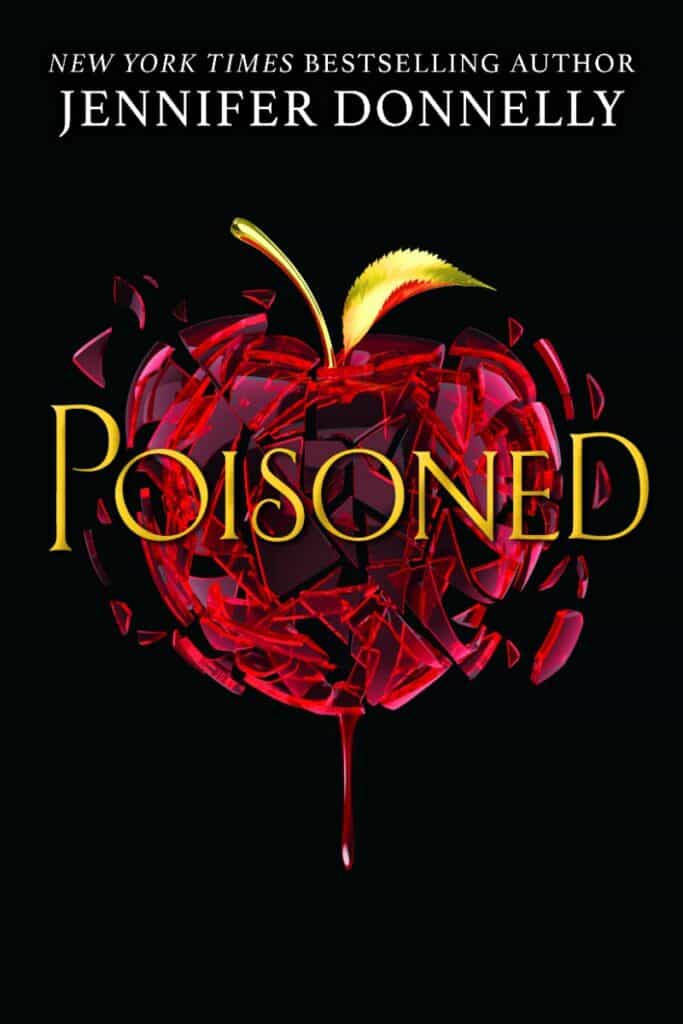 To find out more about Jennifer Donnelly, Poisoned as well as upcoming projects visit jenniferdonnelly.com

Look for Poisoned in all available locations on Tuesday, October 20