The manipulation of sound has long been a silent partner in the artistic expression that is music. Blending the poetry of musical lyrics with a symphonic sound spun on turntables since the very first disco clubs began appearing across Europe and the United States in the early 1950s. Today, the rise of DJing in the 21st century has helped catapult the unique, melodious blending of sounds into the mainstream of popular music. Emitting from the spaces of password protected warehouses where the artistic counterculturalist would gather to rave, DJs, and their EDM (Electronic Dance Music) brethren have radiated their style out to stadiums filled with fans of every genre.

Alexander Cooper began DJing when he was only 11 years old and it wasn’t long before he made his way to the Scratch DJ Academy in Manhattan. “I’d go to school locally during the week,” says Cooper, who grew up in Connecticut’s Northwest Corner. “My father would drive me down to the city every Saturday to attend classes.” Cooper, who is now known internationally by his stage name MAZEMENT says music was a natural inclination given his family background. “My family has always been pretty musical, from my grandfather — who played the banjo like none other — to my brothers and other relatives who play as well.” Over the course of the next few years, after becoming a big fan of the hip hop genre, and inspired by artists such as Mos Def and The Beastie Boys among others, MAZEMENT found himself dabbling in poetry. Something that would soon blend over the beats that he would mix on his turntables — soon, songwriting became a passion.

MAZEMENT pursued his profession by booking local gigs, and creating a name for himself as the local DJ. “It took me a while to find the sound and image that I was going for,” he recalls about his early days. “I even hit the road with my brother on a cross country road trip, and did several small shows, and open mics across the country.” Around that time, he took an internship at a studio in midtown Manhattan, which later turned into bigger opportunities for the young musician.. “I’m grateful to say that I have been able to work with some incredibly talented people.” MAZEMENT admits, “To this day, I still don’t think I’ve delivered the sound I’m really passionate about as an artist — but I’m getting closer.” Traveling from New York, to Las Vegas performing, MAZEMENT has released several projects since 2013. Positioned within the Hip Hop and EDM genres, he has worked with many names from DJ Rob Swift of The X-Ecutioners & Da Odd Couple, to Donny Goines. Blending genres as much as possible to maintain his sound, MAZEMENT continues to rock the stage today not only as a lyricist but as a DJ as well.

Aside from his music, MAZEMENT has transformed his experiences thus far into a skill for branding, a trend that has become an integral part of the music industry and one that has allowed MAZEMENT to provide a platform for other artists. MAZEMENT’s studio is Studio RED Productions where Solo artists can come and record. To hire MAZEMENT, you must call Rize Up Entertainment, the musician’s entertainment company. It works as a production company in many aspects, but also focuses on providing events with entertainment needs, such as the need for DJs and bands. MAZEMENT says his company focuses on catering to artists as well, “Believe it or not, I’m a true believer on focusing on one thing and running with it, not taking on too much, but with the foundation of being able to tackle each area I’ll need as a musician in general, and to help others, my goals for long term success seem more realistic.” 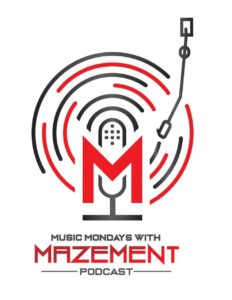 Building on his passion for presenting music as the ultimate collaborative effort, his latest venture seems to wholeheartedly embody the music-as-community principle. He says, “The questions surfaced in my mind, How can I promote these brands, my music, as well as my friends’ music? What’s one way to promote it all? — Podcasting!” In November 2017, MAZEMENT launched the first episode of Music Mondays with MAZEMENT. The podcast is now available on Apple Podcasts, Spotify, and other major digital streaming platforms. “I needed a way to not only voice my opinion and share my story but be an advocate to the genre I was still passionate about,” he says. “Authentic Hip Hop seemed to be phasing into something that I couldn’t comprehend. I needed to try to remind as many people as possible, that this “new hip hop” is only temporary, and there’s other good music out there, in other genres even.” Now in its third season, MAZEMENT’s latest segment Artist On Call has been perhaps the most exciting addition yet. “I get to chat with artist’s around the world about their story, our mutual passion, and learn many new things along the way,” he says. “The three major things I always focus on when choosing is creativity, diversity, and musicality.” The segment kicked off in November 2019 with Sarah Keys from Brazil and has been an action-packed ride ever since. 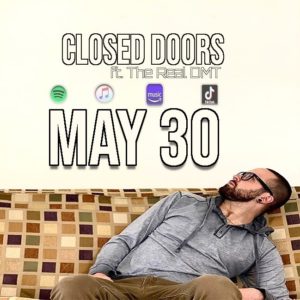 “I am always looking to work with musicians regardless of genre,” MAZEMENT says. “Whether it’s coming on the podcast, working together on a song, or hiring them to perform a party, I encourage any musician to reach out and introduce themselves.” In the midst of several exciting projects, MAZEMENT, who will turn thirty in July, is releasing his next single, Closed Doors on May 30th to Spotify, Apple Music, and pretty much everywhere else digitally. “The single happens to be my most controversial yet,” he says. “As we recover from this huge hit that we all have encountered, I felt not only empathetic to those who have struggled and still struggle, but that some things need to be said, and addressed.” In the new single Closed Doors, MAZEMENT has teamed up with mega-talent The Real DMT to deliver a powerful message. “The song is not only about voicing your true opinion behind closed doors,” says MAZEMENT. “It also gives a glimpse of how we should be caring for mental health. Treating those with depression and other mental illnesses fairly and carefully.”

Check out the latest episode of the Music Mondays with MAZEMENT podcast below:

To find out more about MAZEMENT the artist visit his website mazement.co

For more information on Studio RED and Rize Up Entertainment visit rizeupent.net/studioredproductions and rizeupent.net