Within the last few years, many of us have experienced challenging times. With the arrival of the pandemic, we’ve all faced varying amounts of uncertainty, fear, and the effects of isolation. Many of us were overburdened as we juggled our jobs and the demands of family life during a time of remote work and home schooling. As a result, our wellbeing has been compromised.

According to a recent survey released by the American Psychological Association, psychologists reported a large boost in demand for treatment of anxiety and depression, in comparison with previous years.

Regardless of the hurdles we’ve faced and the struggles we’ve all endured, it helps to be hopeful that brighter days lie ahead. For many, a sense of security is achieved through faith.

Writer Elizabeth Kutepov certainly knows a lot about pain, but the Roxbury, CT, resident also understands how perseverance, belief, and creativity can work together to help heal. Now that she’s on the lighter side of her pain, Kutepov wants to help others overcome their challenges. 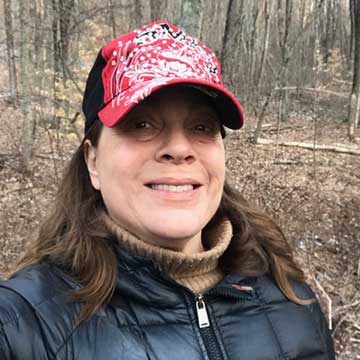 Kutepov’s dark story began when she was a child. Her father had a prestigious job as chief of pathology in the US Navy. As a result, the family was relocated from Woodbury Heights, NJ, to Japan. For the few years that her family lived overseas, Kutepov’s dad was rarely home.

Kutepov later learned that her father met a Japanese “call woman” at the Officers Club. On the rare occasions when he was home, he drank, smoked, and played the piano until the wee hours while she and her brother John struggled to sleep.

She experienced little happiness in those days. When Kutepov wasn’t playing with her Barbie dolls or tinkering at the piano, she’d often stroll through the bamboo forest behind their house with her brother. Kutepov’s father eventually married the woman and abandoned the family.

“This was the beginning of my emotional downfall. I cried nearly every day. The lack of my father’s presence caused me such grief, sadness, and confusion,” says Kutepov. When she left Japan with her mother and brother, feelings of devastation left her crippled.

When Kutepov was about 15 years old, she left home and temporarily stayed at a friend’s house. She felt completely helpless and traumatized by John’s behaviors and the anger he directed towards her.

Even though Kutepov was a svelte teenager enrolled in ballet school, John made disparaging remarks about her weight. The teasing, sarcasm, and emotional taunting overwhelmed her.

A few years later, Kutepov drove her first car – a green VW Super Beetle to California where she lived for a while. While there, she was having difficulty sleeping and experienced some unusual behavior.

“I remember knocking on a stranger’s door. When a man opened the door, I thought it was my father, but it wasn’t. I don’t remember too much about the rest of the events that led up to my first hospitalization,” says Kutepov.

Soon after she flew back east to visit her mother, Kutepov was diagnosed with Bipolar disorder.

Doctors unsuccessfully prescribed many different drugs to treat her moods. For nearly 30 years, Kutepov lived hopelessly and emotionally crippled with extreme depression and manic episodes, which led to a suicide attempt.

Kutepov finally began healing when she was in her forties. After severing a relationship with a toxic boyfriend, Kutepov started to feel the first waves of freedom. At the time, she lived in New York City. 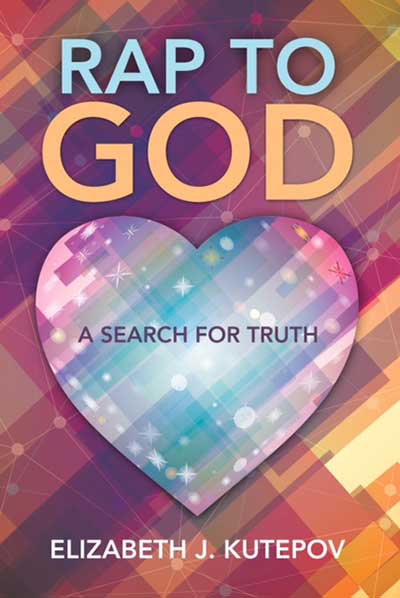 That’s where she later met Andrey. The duo, which initially became acquainted through a dating website, tied the knot within six months.

“My true recovery stemmed from finding and marrying Andrey – my angel, lifelong partner, and best friend. Through our precious time together, I have healed mostly from my grief and trauma, which yielded great happiness and a sense of security and true love,” says Kutepov.

She gives thanks to God for her life, growth, and healing. Kutepov recalls a memory from her time in Japan. “I had a vision or dream – an image of Jesus Christ hanging over my bed. At that time, I began my search for the truth. I still haven’t found exactly what I’m looking for,” she adds.

Rather than trying to escape her pain through illicit drugs, Kutepov channeled that sorrow into poetry and music. Kutepov became prolific with poetry when she became acquainted with Andrey. Perhaps the stability he represented, gave her an outlet for artistic expression. Kutepov pours her soul, heart, and mind into her work and believes that her pain is a conduit for these expressions.

In 2017, Kutepov self-published Rap To God; A Search for Truth – a poetry collection that features gripping verses that express her honest, deeply heart-felt search for God and truth. She credits her family and friends for recommending that she publish her work. Available on Amazon, Lulu, local shops and libraries, it garnered high ratings.

One customer review states: “Beautifully written as well as thought provoking. You can feel the writer’s raw emotions perfectly laid out in each poem. I highly recommend it!”

The avid writer says that she never took any formal writing classes, but always jotted down her thoughts in a diary or journal.

“My journals are very personal and were written with sheer honesty about what was going on in my life. That writing started taking on a new dimension into poetry and prose,” reveals Kutepov.

Since Kutepov is a music enthusiast, she yearned to connect her words to music. Her album, Rap to God came about through Kutepov’s search for a producer.

“My Producer, Marvenis (Marvin Ennis) of the band, Starpoint (Object Of My Desire), responded to an ad I placed seeking someone to work with. He is extremely talented and created beautiful music for my album with some help from various musical artists,” says Kutepov.

The album was released in 2019 and features 16 songs. Several mixes have followed. Kutepov’s music is available on Apple Music, Amazon, YouTube, and Spotify. While some of the songs convey Kutepov’s search for God and her frustration in finding Him, others relate to love, thanks, and dismantling racism. “One song is about my dislike for tailgaters,” reveals Kutepov.

The single, Rap to God soared to success. Both times it was released, it charted in the Top 20 most streamed songs in the rock industry. Rap to God is among Kutepov’s most popular songs and stems from a poem in her book.

Some of the artist’s favorites include Doors of Love, which is about her relationship with Andrey and Black or White, which highlights the artist’s distaste for racism.

When Kutepov was living in New York City, she began reading at open mics. She continues to share her work at poetry readings in the Hudson Valley.

Kutepov wants to see others pursue their owns paths to happiness. “I encourage others to reach inside themselves to realize that they have more power than they are aware of. I encourage them to hold onto life because you never know what positive changes are around the corner. I believe in working hard, walking a straight line, and putting faith in yourself and your higher power,” she adds.

As for her future plans, Kutepov will continue to write poetry and create music, with the hopes that somehow she will have a positive effect on others. She is currently considering compiling another poetry collection and finishing a memoir.

“I do not blame anyone or hold anger against anybody for the misfortunes that I experienced. I have completely forgiven all parties and situations. I know that my life, values, personality, strengths, courage, kindness, understanding, and ability to love were developed by these events and I am ever grateful that I have the ability to forgive,” concludes Kutepov.

How good do I have to be