As we age, we yearn to remain healthy and retain our quality of life. Many believe that age is just a number, and that people are only as old as they feel.

Age doesn’t hinder some from pursuing an education, exploring an interest, or even engaging in an extreme sport. In celebration of his 90th birthday, the late President George H.W. Bush went skydiving.

American artist Anna Mary Robertson Moses, who also went by the moniker “Grandma Moses” began painting when she was in her seventies. English novelist Anna Sewell began her writing career when she was 51 years old – the life expectancy in the late 1800s was approximately 48 years old – and in declining health. Despite expectations she published Black Beauty when she was 57 years old.

It’s the vitality, health, and quality of life of those like Grandma Moses and Anna Sewell that intrigue Dan Buettner, educator, author, and National Geographic fellow.

Buettner is recognized worldwide for his research on longevity. He developed an interest in the subject in relation to demographics when he was traveling the globe as an endurance biker. Exposure to other cultures and their lifestyles sparked his research on regions of the world that have the longest life expectancy, disability-free life expectancy, or concentration of centenarians – people who live to be over 100 years old.

The biking enthusiast reported his findings of communities with increased longevity, identified as “Blue Zones” in his cover story for National Geographic’s November 2005 edition, Secrets of Long Life. It became the third best-selling issue in the magazine’s history.

The Blue Zones concept evolved out of the demographic work, which was conducted by Gianni Pes and Michel Poulain. It was published in 2004 by the journal, Experimental Gerontology. As Pes and Poulain zeroed in on the cluster of villages with the highest longevity, they began referring to the area as the “Blue Zones.”

These regions support the ideas of healthy eating, active lifestyles, and community involvement. Buettner is also the founder of Blue Zones, LLC. Its work is rooted in its own research and identification of the world’s longest-lived cultures and most extraordinary populations.

The “Blue Zones” regions are identified as Okinawa, Japan; Sardinia, Italy; Nicoya, Costa Rica; Ikaria, Greece, and Loma Linda, California. Although the residents of these regions are scattered across the globe, they share several commonalities.

Research has revealed that lifestyle and environment play a big role in longevity. According to a Danish population-based twin study, only about 20% of how long the average person lives, is determined by genes.

The Blue Zones areas share and benefit from a set of habits called the Power 9 Practices that – together – increase longevity, health, and happiness. These sets of behaviors and outlooks benefit people with longer, healthier lives. It’s not just longevity for the sake of a number, but vitality.

The world’s longest-lived people don’t run marathons, participate in fitness challenges, or dedicate lots of hours at the gym. They happen to live in areas that require them to move a lot (think: towns and villages that have lots of hills or mountain regions). Beyond growing their own vegetables and fruits, they tend their own gardens and don’t use modern machinery and conveniences for tackling house and yard work.

The Okinawans call it “Ikigai” and the Nicoyans call it “plan de vida.” This translates to “why I wake up in the morning” or “Soul’s Purpose.” Knowing your sense of purpose is worth up to seven years of extra life expectancy.

Just like people in the rest of the world, people who live in Blue Zones certainly experience stress. That leads to chronic inflammation, which is associated with every major age-related disease. What’s different about stress for people in the Blue Zones, is that they have routines that help them alleviate stress. For example, Okinawans take a few moments each day to remember their ancestors, and the Adventists in Loma Linda use the power of prayer. An afternoon nap is the stressbuster of choice for the Ikarians while Sardinians regularly unite for socializing and sipping wine.

“Hara hachi bu” is the Okinawan, 2,500-year-old Confucian mantra that is said before meals. It reminds people to stop eating when their stomachs are 80 percent full. The 20 percent gap between not being hungry and feeling full could be the difference between losing weight or gaining it. People in Blue Zones regions eat their smallest meal during the late afternoon or early evening and then they don’t eat any more the rest of the day.

Beans, including fava, black, soy, and lentils, are the cornerstone of most centenarian diets. Meat – mostly pork – is eaten on average only five times per month. Serving sizes are 3-4 oz., which is about the size of a deck of cards.

People in all Blue Zones (except Loma Linda’s Adventists) drink alcohol moderately and regularly. Moderate drinkers outlive the non-drinkers. The key to alcohol and longevity is to drink 1 to 2 glasses per day – preferably Sardinian Cannonau wine – with friends and/or with food. No binging!

All but five of the 263 centenarians interviewed for the Blue Zones research, belonged to some faith-based community. Denomination doesn’t seem to matter. Research shows that attending faith-based services four times per month will add between four and 14 years of life expectancy.

Successful centenarians in the Blue Zones make their families their top priority. They choose to keep their aging parents and grandparents nearby to their homes or in their own homes – a move that also lowers the disease and mortality rates of children in those homes. Most of those who were interviewed have committed to life partners – this can add up to three years of life expectancy. They also make big investments of time and love, into their families.

The world’s longest-lived people chose – or were born into – social circles that supported healthy behaviors. Okinawans created ”moais”– groups of five friends that committed to each other for life. Research from the Framingham Heart Studies – a long-term, ongoing cardiovascular cohort study of residents of Framingham, MA. It revealed that smoking, obesity, happiness, and even loneliness is contagious. So, the social networks of long-lived people have favorably shaped their health behaviors.

The Blue Zones Project Communities are destinations where whole communities come together, with guidance, to encourage all community members – as well as local policies and infrastructure – to grow into thriving places where the healthy choice is easy.

They used the wisdom garnered to tackle the current health crisis. It’s now a solution in almost 50 communities across America. It’s been able to boost population health and reduce healthcare costs.

In Albert Lea, MN, lifespan and community physical activity rocketed up and has stayed up for a full decade. In Beach Cities, CA, childhood obesity declined by 50%, smoking declined by 17%, and stress by 8%. Fort Worth, TX, transformed from being one of the unhealthiest cities in the nation. Its wellbeing rank rocketed to 58th from 185th out of 190 in America.

For more, visit the Blue Zones website. Its articles section highlights information and recent research from health and wellbeing experts. Content ranges from Top 10 Recipes, Snacks, Meals of 2021 to 12 things under $35 to help you connect, move more and smile often. For inspiration, subscribe to the free Blue Zones newsletter or watch the TED talk that stars Buettner. 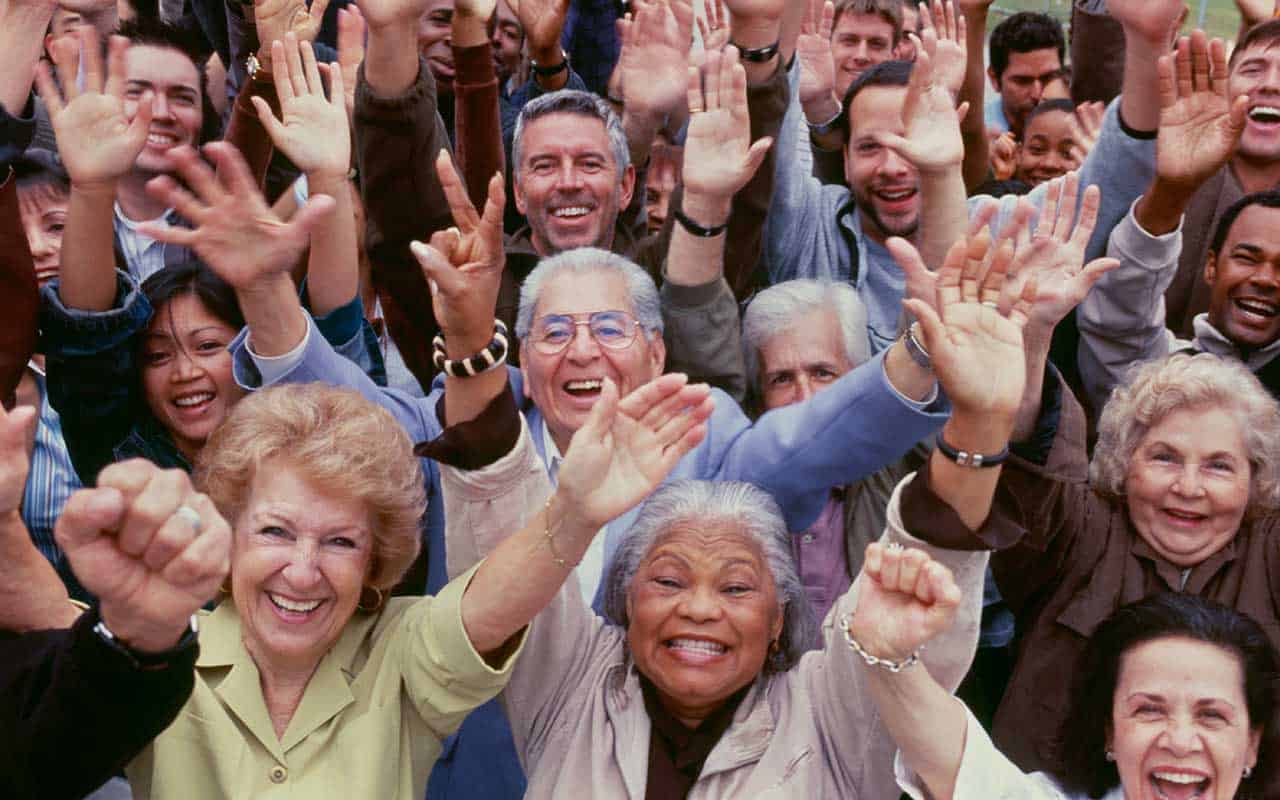