What’s left to do — but laugh? In a year filled with overbearing consternation, uncertainty and yes, tragedy, we could all benefit from literary escape as we inch closer toward a new year. Luckily for readers in the Tri-Corner, a new author has burst onto the scene with a scathingly funny satire that taps into a part of modern society rife with humorous potential. For over four decades, former attorney Thomas “T.C.” Morrison litigated cases involving a broad range of commercial cases, including False Advertising and Trademark and Trade Dress infringement, working for the firm Patterson, Belknap, Webb & Tyler.

After his time observed a few cases laden with faux damages and righteous indignation meant to reward bank accounts rather than a moral sense of truth and justice, Morrison used his experience, in his retirement, to write his first book, Torts “R” Us, taking a humorous look at these types of cases, as well as the attorneys who take them on.

The story follows Patrick A. Peters (“Pap”) and his twin brother Prescott U. Peters (“Pup”), two perceptive attorneys who meet a variety of clients, judges, and lawyers as they embark on a resourceful and unique approach to lawyer-client relationships all inspired by actual court cases. Morrison draws upon research as well as a few cases he litigated personally to pull back the proverbial curtain on the nature of class-action lawsuits. In doing so, Morrison allows the reader the kind of middle-ground that has become so hard to achieve in modern entertainment. A delightful irreverence mixed with a subtle, yet dutifully poignant message that feels inclusive rather than polarizing.

The Lakeville, Connecticut author was kind enough to sit down with Main Street to discuss the journey toward his first novel, his time as a discerning attorney and his new life in Northwest Connecticut.

Being an Ohio native, how did you find your way up the Eastern seaboard and to our little corner of the world in Lakeville, Connecticut?

Like most things in life, that is an interesting story. I practiced law in New York City for over forty years after my time serving in the United States Air Force. I was a litigator in a number of places but spent most of my career with one firm — Belknap Webb & Tyler. The “case” if you will, that became a benchmark for me was a suit involving a small clothing manufacturer in Bantom, Connecticut. The suit started out in surrogate courts in Nassau County, New York, but because the company was located in Litchfield County, I was in need of local counsel for that part of the case that was heard in Connecticut.

I was eventually recommended to a firm here in Lakeville so I drove up on a Saturday and was struck by the beauty of this place — I still am today. Fast-forward thirty-five years and my wife and I were thinking about retiring so I brought her up here and she immediately fell in love as well. Today I feel as though I am living happily ever after as they say. 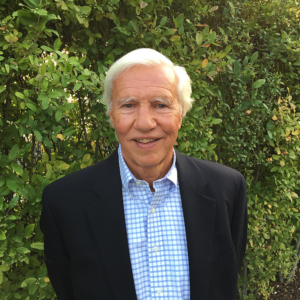 Being an attorney for so many years, undoubtedly you must have been buried in litigation and paperwork at some point. Did those moments become your motivation to eventually write a novel?

The journey toward Torts “R” Us, my first novel, was a combination of factors. I can safely say I have always wanted to write a novel. During my time in the Air Force, as a result of having a bit of free time on my hands, I wrote something of a spy novel — as if I know anything about spy novels. As is the case with many aspiring novelists, I passed it out to a few publishers and never got a response.

Forty-five years later, as I was getting ready to retire from my career in law, I had a little episode with some friends here in Salisbury. There is a wonderful community of artists who live in this area and many who create greeting cards using their photographs or paintings. I happened upon one of these greeting cards one day in a small local shop. The card had a photo on the front that was a spitting image of one of my friends. I bought the card and mailed it to my friend along with my business card saying jokingly that I had discovered an artist who was using their likeness without permission and would be happy to represent them in a lawsuit. That contact initiated a stream of creative emails that went back and forth between us and became a little short story about the phony lawsuit. Finally, my friend suggested the inevitable, “you ought to write a book about this sort of thing.” It turns out, though I don’t know much about international spies, I know a bit about lawyers and litigation. So I put mind to it and had a lot of fun writing my first book.

How did the idea of making Torts “R” Us a satire come about?

Well, frankly, I’ve always thought that lawyers have a habit of taking themselves too seriously. That’s not to say I didn’t love being a lawyer myself. It was the job of a lifetime and I enjoyed trying cases all over the country immensely. However, even in a field that revolves around the idea of staying true to, and upholding the law, I found some of my cases to be humorous. So the idea of a satire, or a farce to be more precise, about modern litigation seemed almost natural.

The cases that appear in the first third of the book are based on cases that I litigated during my time as an attorney. The heart of the book however revolves around three class-action lawsuits that I had previously read about. They are indeed bizarre and reinforce the idea that life is stranger than fiction so I fine-tuned them as much as I could and made them the crux of the novel.

The first and most important objective of the book is humor. I wanted people to read the novel and laugh. But there is a bit of a message hidden within the pages. At least in the class-action realm of law, there are a lot of frivolous cases that are filed that, in reality, should never be filed. Many, certainly not all, serve no rightful purpose other than to grow the bank accounts of those doing the litigating. I thought long and hard about how much I wanted to convey this idea. Class-action suits and the idea of torts themselves serve a real and important purpose in society. When it comes to life changing, impactful events like 9/11 and corporate ponzi-schemes for example that cause irreparable harm to large swaths of people, class-action suits represent one of the few paths to real justice. In the latter days of my career, I saw many cases that simply clogged up the courts and really only benefited legal teams in the end. So I tried to pick at those kinds of farcical scenarios when it came time to write the book.

Speaking of serving a purpose, you have become very active in the local community. How have you found your place with the folks who call this area home?

Both my wife and I have been deeply involved in the community and are proud to have so many welcoming neighbors and friends. I joined the Board of Directors at Music Mountain in Falls Village about seven years ago and have been very active since. My wife is part of the Salisbury Association here in town and that has brought us close with so many members of the community. A couple of years ago, I was invited by a few friends to attend a meeting on behalf of the only Republican Selectman in our area. A discussion came about regarding the former Salisbury Republican Town Committee and how and why it had gone away. The Northwestern portion of Connecticut is full of diverse groups of people with similarly diverse politics. So we decided to revive this committee based around the idea of representing a responsible, inclusive side to the Republican Party locally. We reformed the committee in 2018 and were active in the State elections that year, the local elections in 2019 and of course this year. Our objective is to create a viable second party, not to convince or divide the community that makes up this beautiful area and I think we have made some positive headway.

After the many immense undertakings you have faced and accomplished thus far, what is you hope readers take away from Torts “R” Us?

Well I hope they will laugh — and laugh a lot. I don’t think I’ve quite risen to the level of Candide and I don’t think anyone will confuse me with Joseph Heller but I have tried to make my real life experiences something that readers can absorb while enjoying themselves. I think this year especially, with so many folks living in isolation or going to work uncertain what each day will bring, my hope is to unite minds around good humor — because we all need some right now.

And to find out more about the author himself, visit tortsrusbook.com 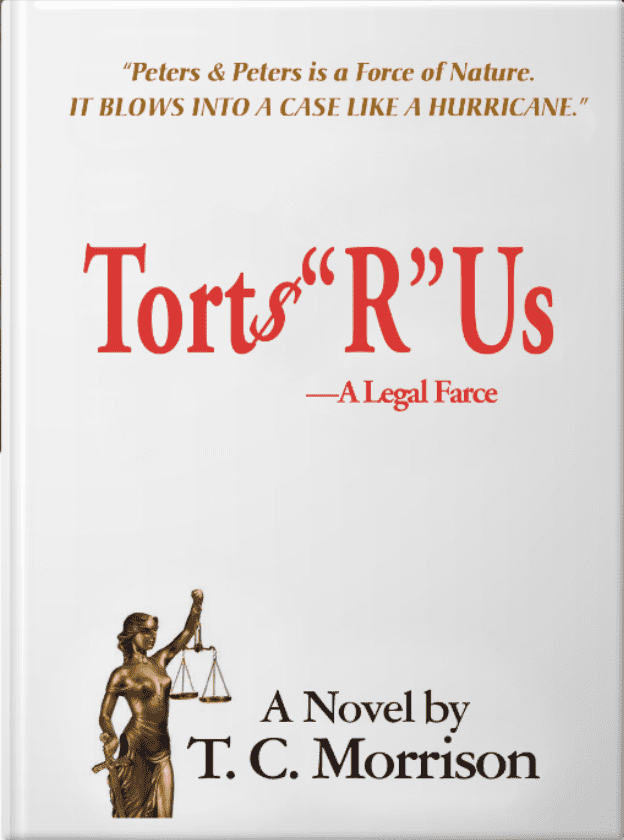